The Kudumi community of Mayurbhanj district today staged a protest by burning an effigy of him. 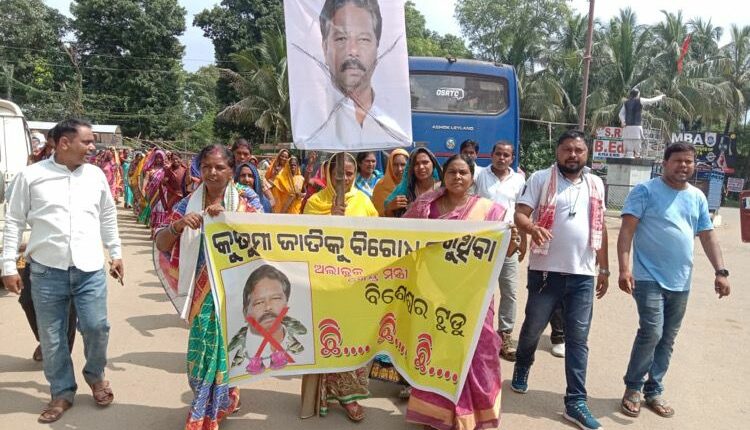 TNI Bureau: Union Minister Bisweswar Tudu has once again embroiled in controversy for giving arguable statement on the Kudumi community. The Kudumi community of Mayurbhanj district today staged a protest by burning an effigy of him.

While the agitation for the tribal status of the Kudumi community continues, such controversial statement by the Union minister has made the agitation intensified.

Notably, he made a controversial comment in certain media about carrying people from villages to Delhi and making them slaves.

Protests have been seen across the district since Thursday. 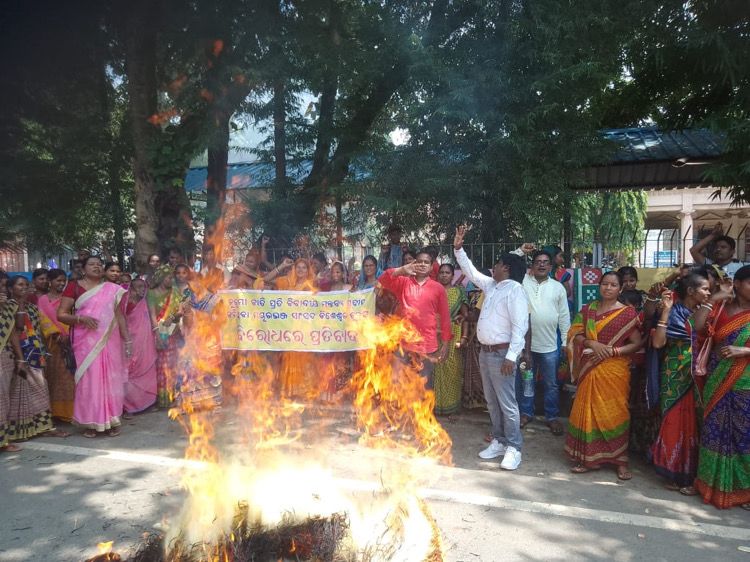 On Friday, on behalf of the United Kudumi Samaj, the community gathered in front of the District Collector’s office and burned the effigy of Union Minister Bisweswar Tudu.

Notably, the Kudumi community was excluded from the tribal list from September 6, 1950. After that, there were demands to reclassify the Kudumi caste as a tribe, but the demand was not fulfilled.

Therefore, hundreds of men and women workers of the Kudumi community gathered on the 20th and protested for 3 hours at the Bhanjpur railway station, demanding that the Kudumali language be included in the constitution with tribal status.

The Union Minister made a controversial comment on the program in a private electronic media around which the flames of unrest have started burning. Hundreds of protesters along with their leaders staged protest to demand the resignation of the Union Minister.