Past Rivarly behind attack on Mohan Majhi: Police 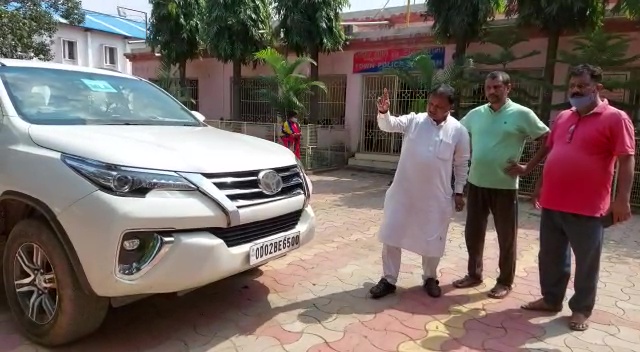 Insight Bureau: The Keonjhar Police have arrested 5 people in connection with the bomb attack on MLA Mohan Majhi’s car on Sunday. While the MLA and his Driver escaped unhurt, there was a minor damage to the car. Past rivalry was behind the attack, confirmed Keonjhar SP.

There was no political motive behind the attack. It was purely related to financial and business transactions, said the Keonjhar SP.

At least three of the accused – Pratap Rout, Manmohan Das, Bidyadhar Parida reportedly had links with Mohan Majhi, but fell out later. Pratap Rout is the President of a self-proclaimed organisation – NaMo Sena (Naveen Modi Sena), but is a hardcore Hindutva activist.

Meanwhile, Mohan Majhi has rejected the findings by Keonjhar Police and accused them of trying to divert the attention. He has demanded a CBI probe into the matter.