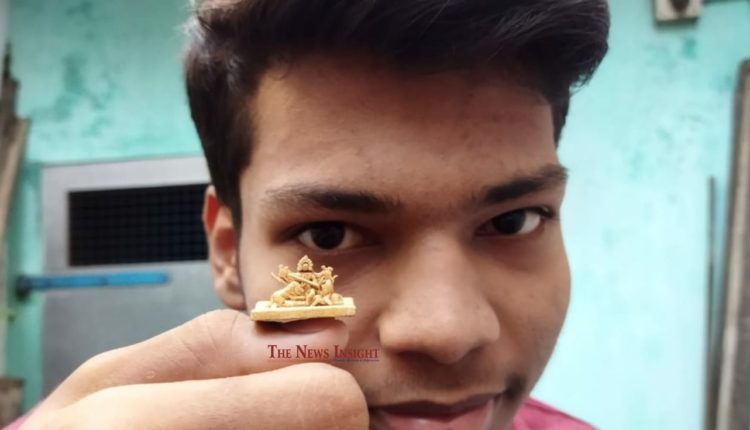 Insight Bureau: Dilip Maharana, a small craftsman from Odisha’s Brahmapur, has set a new record at the age of 18, by creating the World’s smallest Durga idol (made of wood) of just half inch height. The statue weighs 1.58 grams with Goddess idol with 10 arms on a lion base along with Mahisasur. 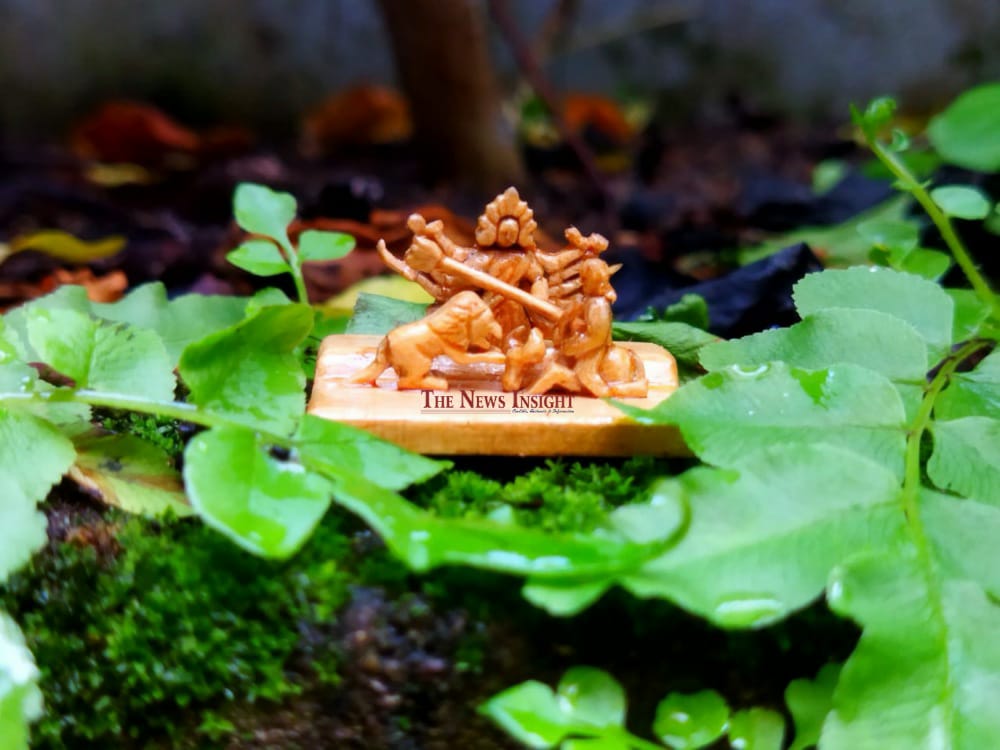 With this feat, he has registered his name in the ‘Exclusive World Records’. Earlier, Dilip had set an world record last year by building one-inch tall Durga idol and entered the India Book of Records and Asia Book of Records.

His father Bhagaban Maharana, mother Jhunu Maharana and brother Manoj helped him make the incredible statue of Maa Durga. Dilip wanted to send a message to the world during Corona times and prayed for the divine blessings to save the world from pandemic.

Past Rivarly behind attack on Mohan Majhi: Police