Paika Bidroha fails to get ‘1st War of Independence’ Status 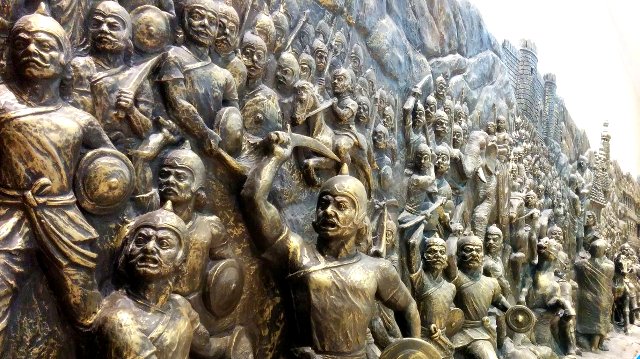 Insight Bureau: Paika Bidroha has failed to get 1st War of Independence Status. The Centre has made it clear that the Paika rebellion cannot be called the first War of Independence. Union Culture Minister G Kishan Reddy stated this in the Rajya Sabha on Thursday in a written reply to a question by BJD MP Prashanta Nanda.

Reddy said that the Ministry of Culture had received a reference from Chief Minister Naveen Patnaik through the Ministry of Home Affairs requesting for the declaration of 1817 Paika Rebellion of Odisha as the first War of Independence.

The matter was examined in consultation with the Indian Council of Historical Research (ICHR) under the Ministry of Human Resource Development, now renamed as Ministry of Education. “As per comments received from ICHR, Paika Rebellion cannot be called the first War of Independence,” he added.

The Minister, however, said from a historical point of view, it can be said that the ‘Paika Bidroha’ which started in March 1817 and continued till May 1825, had set an example for the classes as well as masses in India to follow later on. “Considering that this is one of the beginnings of popular uprisings against the British in India, it has been decided to include it as a case study in the Class VIII history textbook of NCERT, which deals with the 1857 event,” he added.

Earlier, Odisha CM Naveen Patnaik had raised this issue and wrote/demanded multiple times seeking 1st War of Indian Independence to Paika Bidroha. Union Ministers Dharmendra Pradhan as well as Prakash Javadekar had promised the same. Even, the Centre had recently said that it is considering the demand.