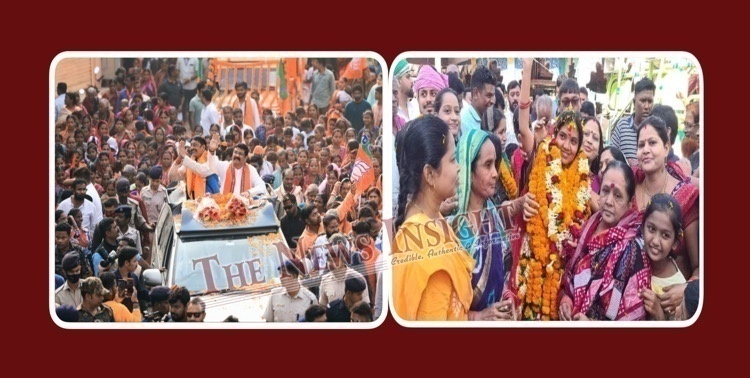 🔴 Both parties are trying hard to woo the voters as the campaigning comes to an end.

🔴 CM Naveen Patnaik was not convincing at the public meetings at Jharbandh and Paikamal, but he was very impressive at Padampur meeting yesterday.

🔴 Naveen Patnaik personally interacting with community leaders and then announcing Padampur district towards the end of his speech, made all the difference.

🔴 Barsha Singh Bariha made an emotional pitch at Padampur meeting yesterday. However, that’s hardly making any impact on the people. A significant chunk of women voters are with Barsha though.

🔴 Women voters are divided. It will be a choice between Naveen Patnaik and Pradip Purohit for them.

🔴 Aparajita Sarangi’s campaign had very less impact. She made her point and did her job. But, there was no craze. However, she got good reception from the BJP leaders and Karyakartas as well as some locals.

🔴 Dharmendra launched unprecedented attack on Naveen Patnaik and his “health conditions”. That was shocking and triggered a debate too. He probably wanted the same. It was a well-thought strategy.

🔴 BJD has given its 200% effort in this ‘Do or Die’ battle. They don’t seem to be losing the battle if we consider their hard work and poll management.

🔴 BJP mostly relied on Pradip Purohit’s massive public contact, anti-incumbency, strong under-current against the BJD and Dharmendra Pradhan’s leadership. But, they did not look like giving 100% efforts when it comes to poll management.

🔴 In the last 23 days, BJD has done everything possible to woo the voters. Whether digging tube wells, doing electrification, painting clubs, schools and temples, providing various equipment, hand pumps, motors, giving donations, funds for treatment, committing several projects etc., the BJD has been aggressive and dominant to convince the people.

🔴 Silent voters still hold the key. Who impressed them? Barsha or Kuna Purohit? Naveen or Dharmendra? Will they vote against the ruling party or go with it? A lot of permutations and combinations remain here.

🔴 BJP aggressively focused on Paikamal. They eye majority of Congress voters. Those votes could be the game changer in this bypoll.

🔴 BJP does not have anything to lose in Padampur Bypoll. But, it has made BJD run for its money and realise and acknowledge the real problems at the grassroots level. BJD has invested all their strength, resources and strategies in Padampur. But, they know ‘Battle of 2024’ will be the toughest ever for them.