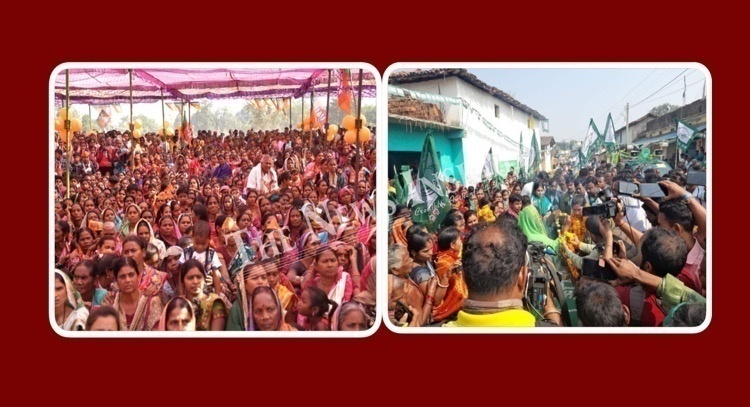 🔴 BJD remains dominant in the field, reaches out to people at the grassroots. The party is matching BJP very fast and looks strong as compared to the shaky situation a fortnight ago.

🔴 BJP is planning something big, which is not clear at this juncture. They are adopting different strategies and may put things into action in the last 7 days when campaigning of national leaders commences.

🔴 While BJP’s Odisha Team is working with full potential, Chhattisgarh team is more active. Whether public outreach or financing, they are taking care of everything.

🔴 All Eyes on Congress votes. BJD is working aggressively to get those votes, while BJP is confident of gaining those. Those silent voters hold the key.

🔴 BJD is strong in Jharbhandh Block. BJP and BJD fight it out in Padampur. Confusion prevails in Paikamal.

🔴 BJD’s Booth and Area Management holds the key in Padampur Bypoll, as there is very little sympathy for Bariha Family, which became notorious of late, due to their ‘Babhubali’ approach.

🔴 Farmers still remain divided with majority of them supporting the BJP because of Pradip Purohit factor (although some of their leaders have been managed by BJD).