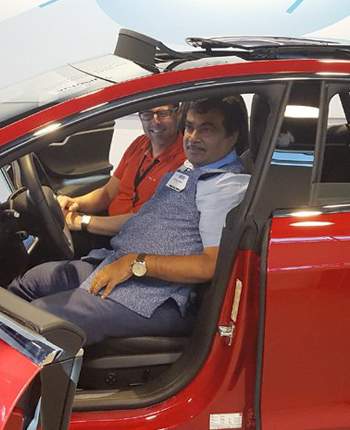 Undoubtedly, Nitin Gadkari has been the most performing Minister of Modi Government since 2014. He successfully carries Vajpayee’s legacy of infrastructure development.

Hailed as a Man of Development, he was targeted by a Senior Journalist (& Media Group) linked to an influential leader of the BJP (now in heaven) itself way back in 2012. Efforts were made to finish him off politically, but he emerged stronger.

Of late, Gadkari has been singing a different tune, an independent one sans cult worship. He does not show sycophancy and sticks to basics. That’s the reason why the Opposition sees him as a person who can replace Narendra Modi as a consensus candidate if BJP fails to secure majority on its own.

Many opposition parties believe that would be an ideal opportunity for them to end Modi-Shah rule and establish a softer version of BJP Government as they are not in a position to replace the saffron party in the current circumstances.

It’s not clear what Gadkari thinks or plans although many reports suggest his resentment over party affairs and his position. The worst fears came true when he was dropped from the BJP Parliamentary Board.

Modi and Shah know how to rule. They probably took this step to clip Gadkari’s wings and end the Opposition’s dreams. As the doors of BJP’s highest decision making body is closed for Gadkari, it would be impossible for him now to project himself as an alternative to Narendra Modi or his potential successor.