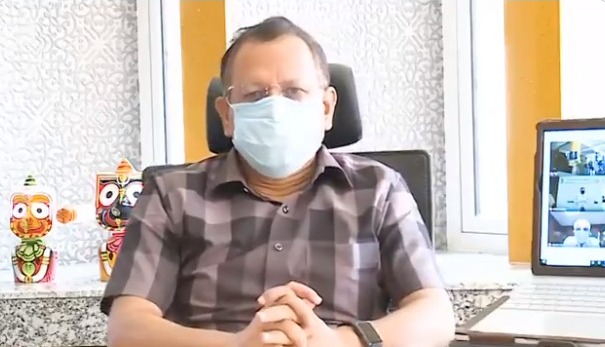 TNI Bureau:  Odisha Government on Thursday began preparations to face the possible cyclone “Yaas” which centres deep inside the Bay of Bengal.

As per IMD, cyclone likely to make landfall at a place between North Odisha to Sundarbans in West Bengal or Bangladesh. However the exact landfall place and winds peed not known yet.

Special Relief Commissioner (SRC) Pradeep Kumar Jena has asked all concerned departments and collectors of 12 costal and adjoining districts collectors to deal with any situation and to remain prepared for any eventuality.

The SRC told, “Collectors have been asked to inform people about the upcoming cyclone and take necessary steps as per the Standard Operating System (SOP) which includes stocking up on medicines, dry food and other items.”

He also informed, “Collectors of Puri, Cuttack, Bhadrak and Balasore have been asked to prepare their plans to handle the possible cyclone. They should take steps to identify spots where people from low-lying areas can be shifted.

The SRC Jena said that he had already discussed about the possible developments of cyclone with senior officials of Odisha Police, National Disaster Response Force (NDRF), Odisha State Disaster Management Authority (OSDMA), (Odisha Disaster Rapid Action Force) and Director General of the IMD Dr Mrutyunjay Mohapatra. All of them have been alerted.

However, Indian Meteorological Department said, “A Low Pressure Area set to form over north Andaman Sea & adjoining Bay of Bengal around May 22 and expected to intensify into a cyclonic storm by May 24. After intensifying into a cyclone, it is very likely to move northwestwards and reach Odisha-West Bengal Coast around 26th May morning.”

The fishermen are advised not to venture into deep sea area of central Bay of Bengal from May 23 to May 25 and into north-Bay of Bengal along and off Odisha coast from May 24 to May 27. Fishermen, those who are out in the Deep Sea are advised to return to the coast by 23rd May, the weather department added.

Nation pays tributes to Rajiv Gandhi on his Death Anniversary