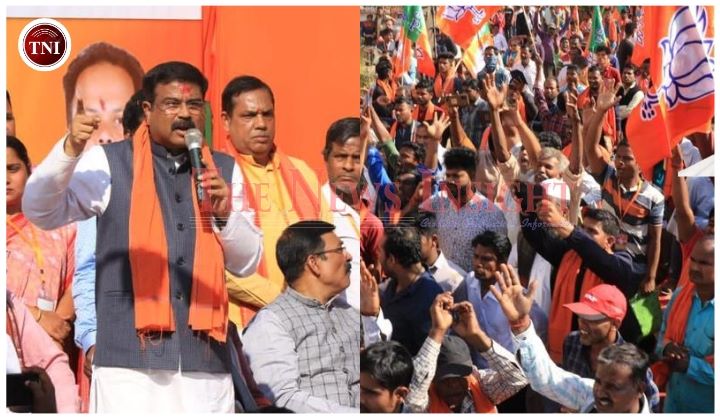 Call it the compulsions of 2024 battle or straight talk of Sunil Bansal, the Odisha BJP is getting the much-needed energy booster, albeit little late. Union Minister Dharmendra Pradhan, seen as BJP’s face in Odisha, has gone aggressive to take on CM Naveen Patnaik and BJD Government.

It started in Padampur and continues unabated. Whether rice politics, ad war on Hockey World Cup or other policies of BJD Government, Dharmendra seems to be unsparing. He is probably trying to send a political message to his followers as well as public that he is ready to fight.

In all probability, Dharmendra eyes the Dhenkanal Lok Sabha seat. With Principal IT Secretary and OSD to CM Manoj Mishra’s name being discussed for the same seat, the Odisha BJP has gone aggressive to target the officer too. It’s not immediately known whether Manoj Mishra will contest from Dhenkanal or Puri. But, he may take the political plunge ahead of the 2024 elections.

With Dharmendra choosing the fight mode, the ‘Battle of 2024’ is taking interesting turns. However, all eyes are on the scheduled Cabinet Reshuffle later this month as well as the change in guard in Odisha BJP.