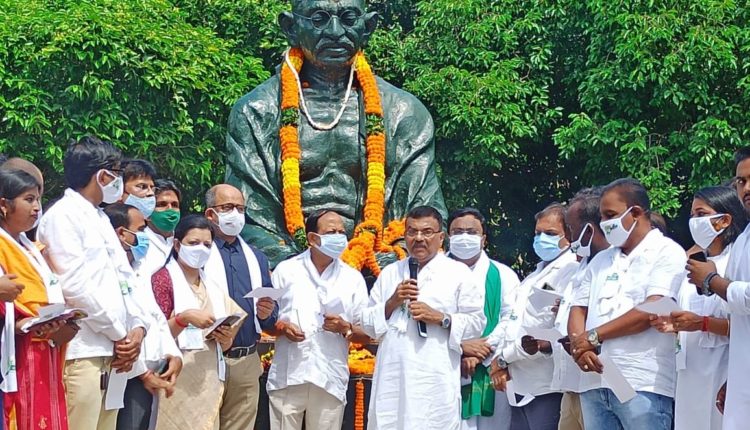 Insight Bureau: On the occasion of Gandhi Jayanti, Chief Minister Shri Naveen Patnaik has urged for continuation of various social service programmes from 2nd October to 2nd November. Odisha-Mo Parivar, in all the districts of Odisha, took an oath to dedicate itself towards the social cause.

Floral tributes were paid to the statues/photos of Mahatma Gandhi and the volunteers of Odisha Mo Parivar took an oath to vigorously take up voluntary blood donation camps as well as various social service programmes.

Odisha-Mo Parivar comes to rescue to an Accident Victim with…