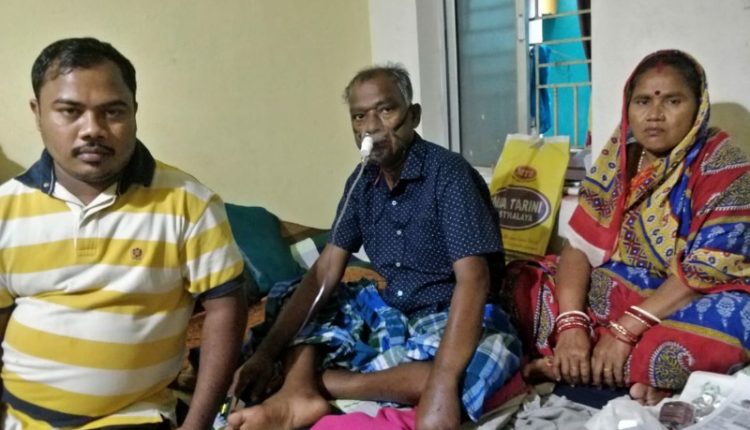 TNI Bureau: Family members of 57-year-old Prafulla Mallick of Bankoi in Khordha District, heaved a sigh of relief when Odisha-Mo Parivar came to their rescue and arranged the treatment cost of Rs 1.3 lakh from Biju Swasthya Kalyan Yojana.

Prafulla Mallick, a Daily Wager was suffering from serious ailments, but did not go for treatment due to want of money. He was admitted to the Capital Hospital on November 27 when his condition worsened.

As his vital organs such as kidney, heart and lungs were badly affected, he was referred to the SCB Medical College and Hospital, Cuttack. Prafulla needed better treatment and got admitted to KIMS Hospital in Bhubaneswar.

Although he was on the path of recovery, the medical bill of Rs 1.5 lakh was too high for the family to pay. Here, Odisha-Mo Parivar came to his rescue and arranged Rs 1.3 lakh from BSKY. Prafulla Mallick is stable now and may get discharged from the hospital soon.

Gujarat Toddler gives new lease of life to 5 others