"We are not a drop in the ocean, We are the ocean", said CM Naveen Patnaik. 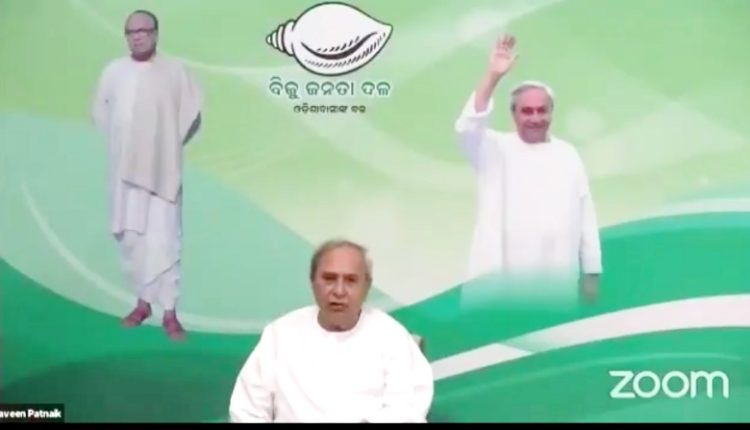 TNI Bureau: At the Executive Body meeting of the Biju Yuva Janata Dal (BYJD), BJD President and Odisha CM Naveen Patnaik played the ‘Odia Card’ while slamming the national parties BJP and Congress and accused them of ignoring the state’s interest and adopting a step-motherly attitude towards Odisha.

Naveen Patnaik reminded people of Odisha’s Art, Culture and Language as well as vast natural resources that give the State and its people a special recognition on the national and global arena.

“Our fight for the development of Odisha continues unabated. The Biju Janata Dal does not have a boss unlike the national parties that just want to grab power by hook or by crook. People of Odisha are our Boss and we believe in serving them,” said Naveen Patnaik.

“While Congress is being managed by a remote control, BJP is also working as per the direction from Delhi. But, BJD is ruled by people of Odisha’, said Naveen Patnaik.

The Odisha CM also talked about Tribal Culture, Odia language, Odissi Music and Mahanadi River and said BJD is fighting for the special status for Odisha which is necessary in view of frequent natural calamities. He appealed the youths of the state to rise to the occasion and keep working for the people.

“The State leaders of the national parties don’t have voice in Delhi. They just want to get key berths by pleasing their bosses at the centre. They don’t have a vision for Odisha”, said a hard-hitting Naveen while taking a dig at BJP and Congress.

National parties are like an ocean where Odisha does not find a place. Only a regional party can fulfill the aspirations of people of the state,” he added.

“We are not a drop in the ocean, We are the ocean”, said CM Naveen Patnaik.

Religious Places in Puri Dist to reopen from December 23