Gourahari Swain gets a dignified cremation, thanks to Odisha-Mo Parivar 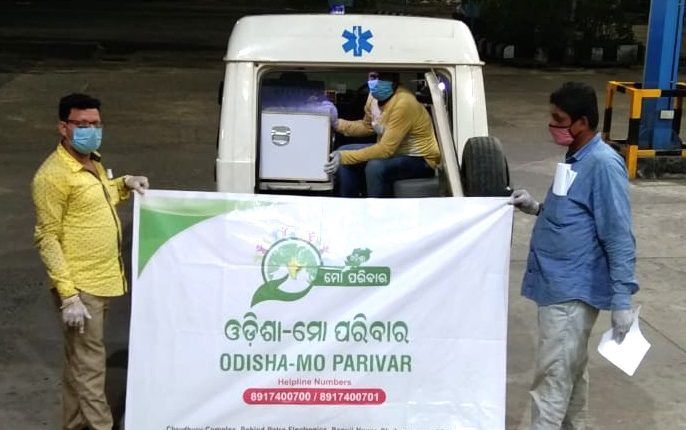 TNI Bureau: Biju-Janata Dal’s social service wing Odisha Mo-Parivar continues its efforts to fight COVID-19 even during the 2nd wave of pandemic and helps the people in need and distress.

Odisha Mo-Parivar on Thursday, again extended its helping hand in bringing back the body of an Odia youth to his native place of Ganjam district who died in Dubai.

Sources said, the deceased Gourahari Swain (45), had been working as a labourer in a private company for past four years. Last time he talked with his family on May 16 and told them he was not feeling well due to some ailments. On May 19, one of the co-workers of Gourahari informed his family that he was no more.

The sudden death of Gourahari left his family in a state of deep shock. Anyway, the company arranged to send his mortal remains to Kolkata Airport from Dubai. But the family members were worried to bring the body of diseased back to home from there.

After learning about the issue, Kabisuryanagar MLA and a member of Odisha-Mo Parivar, Latika Pradhan informed the rescue team and Odisha Mo-Parivar members made all arrangements for bringing back the body to his native village Gudiali under Kodala Police Station.

After his body reached his native village yesterday, his last rites were conducted as per the rituals.