Banita Dash, an Odia girl from Nabarangpur, who discovered a small planet, was also conferred with the highest award for citizen below 18 years. 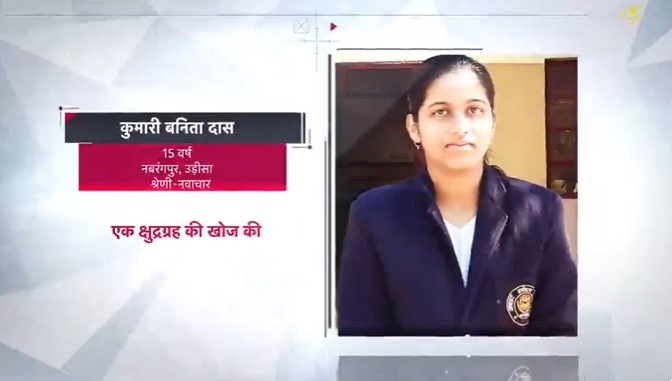 Insight Bureau:  Ahead of the 73rd Republic Day, a total of 29 children including one from Odisha have been awarded the ‘Pradhan Mantri Rashtriya Bal Puraskar 2022’.

Banita Dash, an Odia girl from Nabarangpur, who discovered a small planet, was conferred with the highest award for citizen below 18 years. She is currently studying in class XI at Jawahar Navodaya Vidyalaya in Amarkantak of Madhya Pradesh.

PM Modi transferred the cash prize of Rs.1,00,000 into the bank accounts of the PMRBP awardees.

Pradhan Mantri Rashtriya Bal Puraskar is given as recognition to children residing in India, above the age of 5 years and not exceeding 18 years with exceptional abilities and outstanding accomplishments, in the fields of innovation, scholastics, sports, arts & culture, social service and bravery.

Banita Dash from Odisha discovered an asteroid which has been recognized by NASA. She has also designed an automated sanitising school bag for children. She aspires to become a successful astrophysicist and make the Nation proud. #BetiBharatKi pic.twitter.com/x1CoDQxbtd