On the occasion, veteran freedom fighter and the President of State Freedom Fighters’ Association Nilamani Samal presented a Charkha to the Chief Minister. 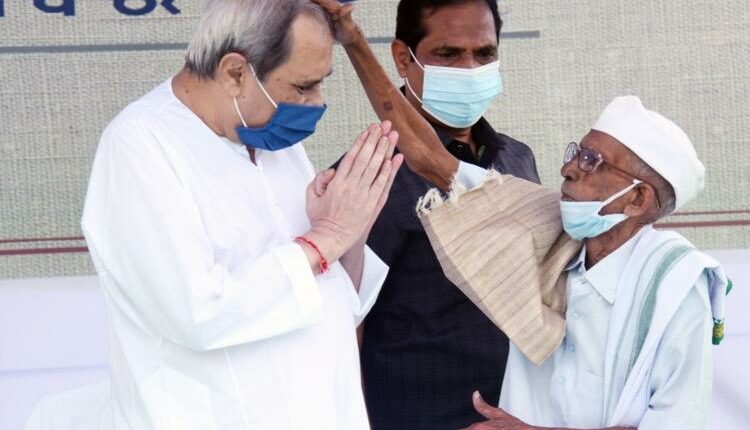 TNI Bureau: On the occasion of Gandhi Jayanti today, Odisha chief minister Naveen Pattnaik honored state’s freedom fighters. On the occasion, veteran freedom fighter and the President of State Freedom Fighters’ Association Nilamani Samal presented a Charkha to the Chief Minister. The CM honoured him by presenting a shawl. 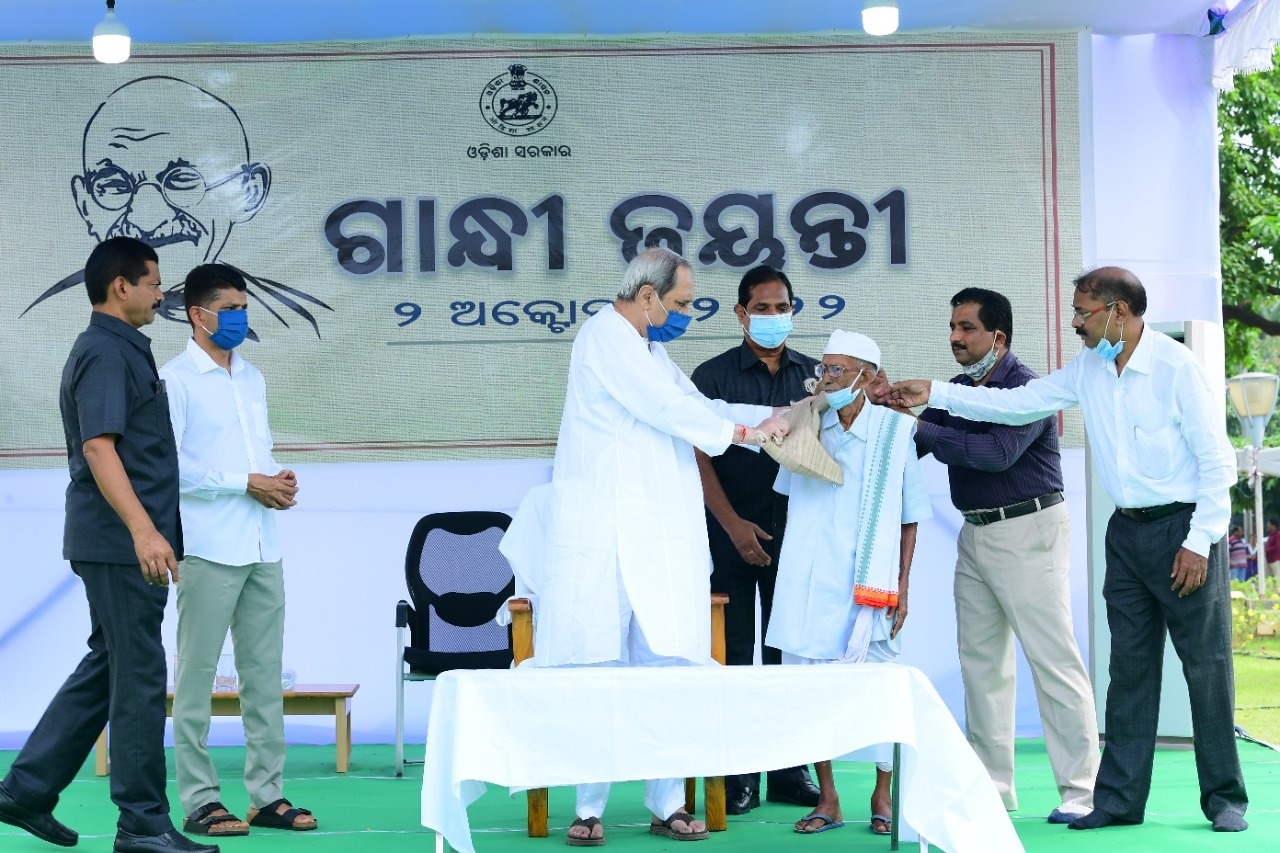 Chief Minister Naveen Patnaik planted a ‘Peepal tree’ in the premises of Lok Seva Bhawan and coined the term ‘Freedom Tree’ for it.

Patnaik laid the sacred soil and water collected from different places of the state and planted the freedom tree. 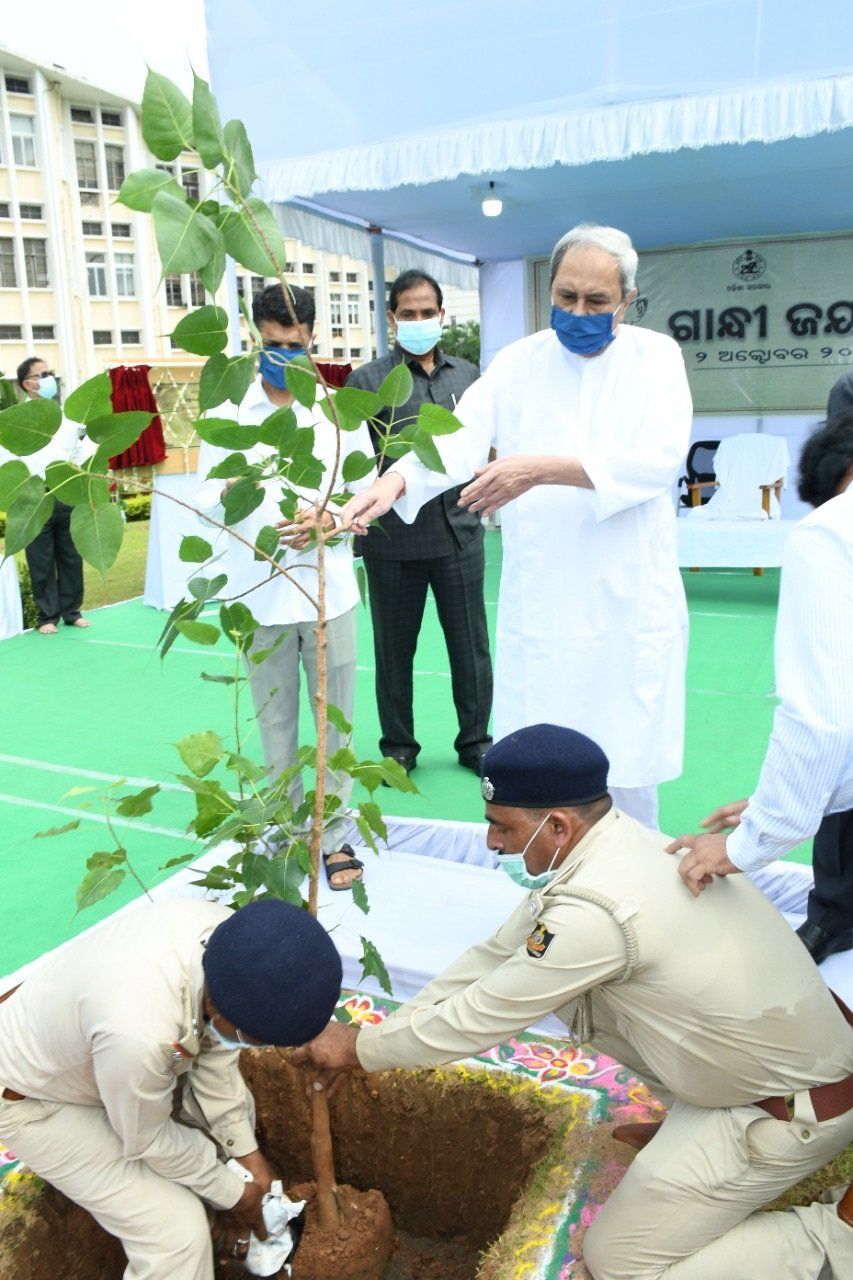 Speaking on the occasion, the Chief Minister said that the tree will be a messenger of peace, freedom and non-violence for all of us. He called upon the people to join hands to make India strong with the message of peace, non-violence and brotherhood.

He further added that the Peepal tree signifies knowledge, enlightenment, happiness and auspiciousness. Since ages, it continues to represent the collective conscience of a pan-indian cultural heritage. From the ancient Indus Valley civilisation to the sacred pages of Bhagwat Geeta to the enlightenment of Lord Budhha, the CM said, the Peepal tree has always been an inseparable part of our socio-cultural life. The saga of Peepal belongs to our past, our present and our future too. It is the epitome of our intellectual and moral freedom, he emphasised.

The Ahimsa Rath, that was moving all across the State disseminating the message of peace and non-violence, reached the Lok Seva Bhawan today. 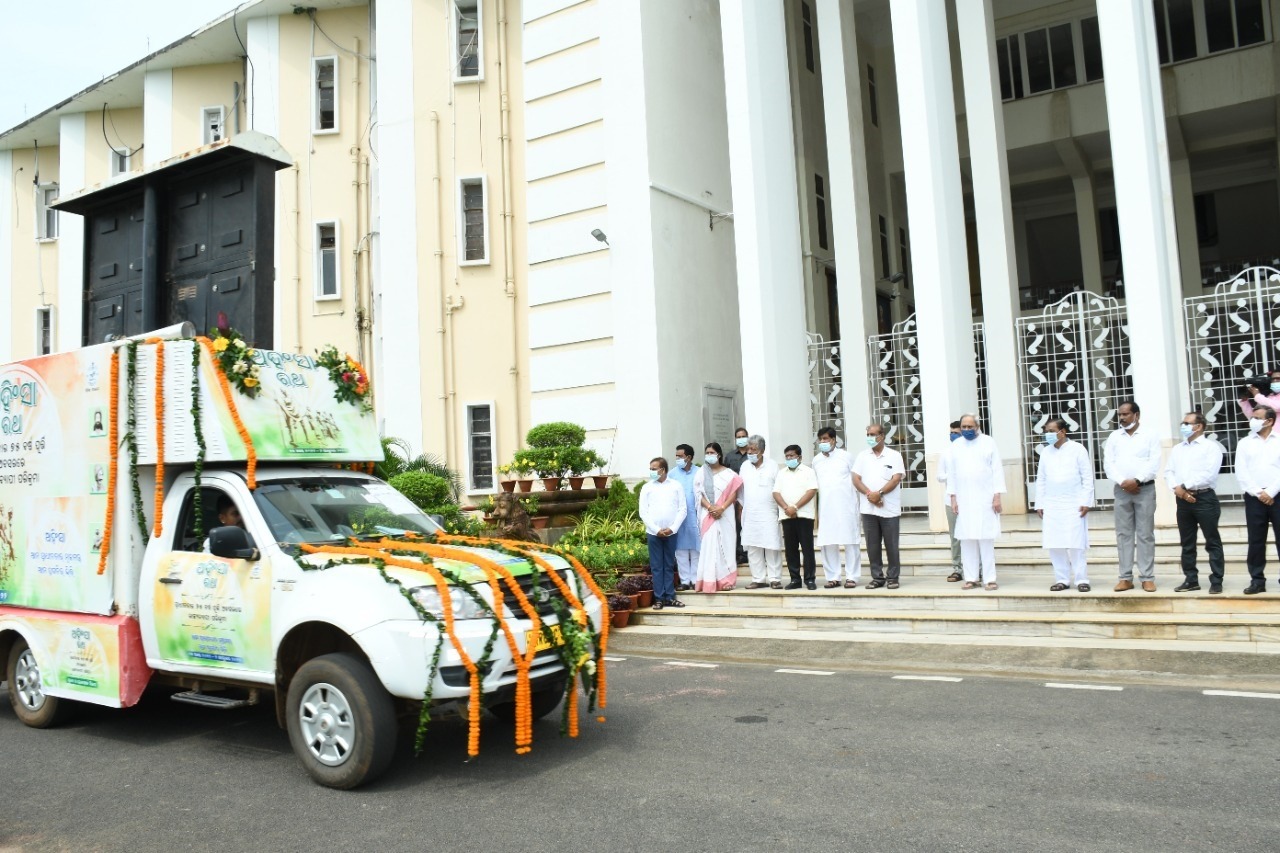 Welcoming the Rath, the Chief Minister thanked all for the kind of response it received by the people of the State.

The Chief Minister released special editions of Utkal Prasang and Odisha Review. He also released a special commemorative publication on the visit of Mahatma Gandhi to Odisha. 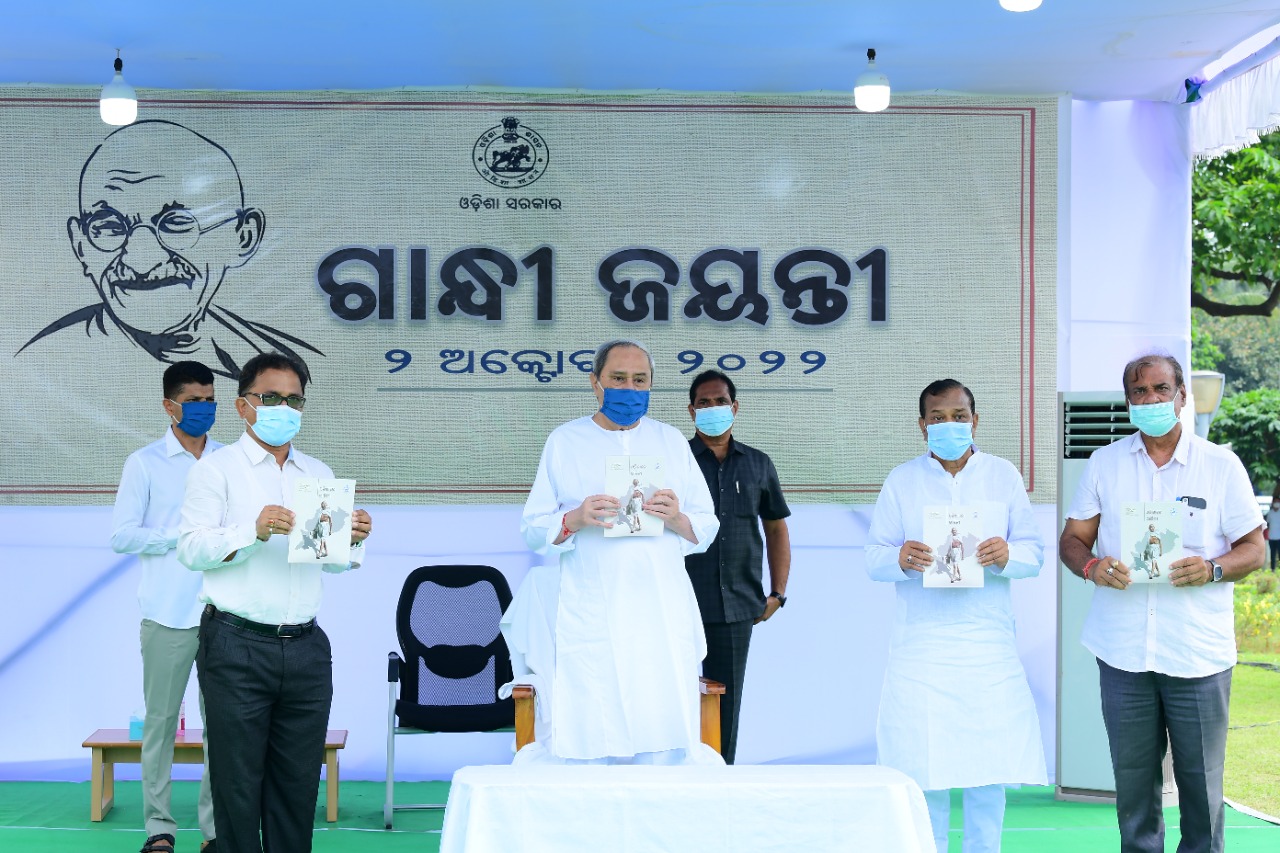 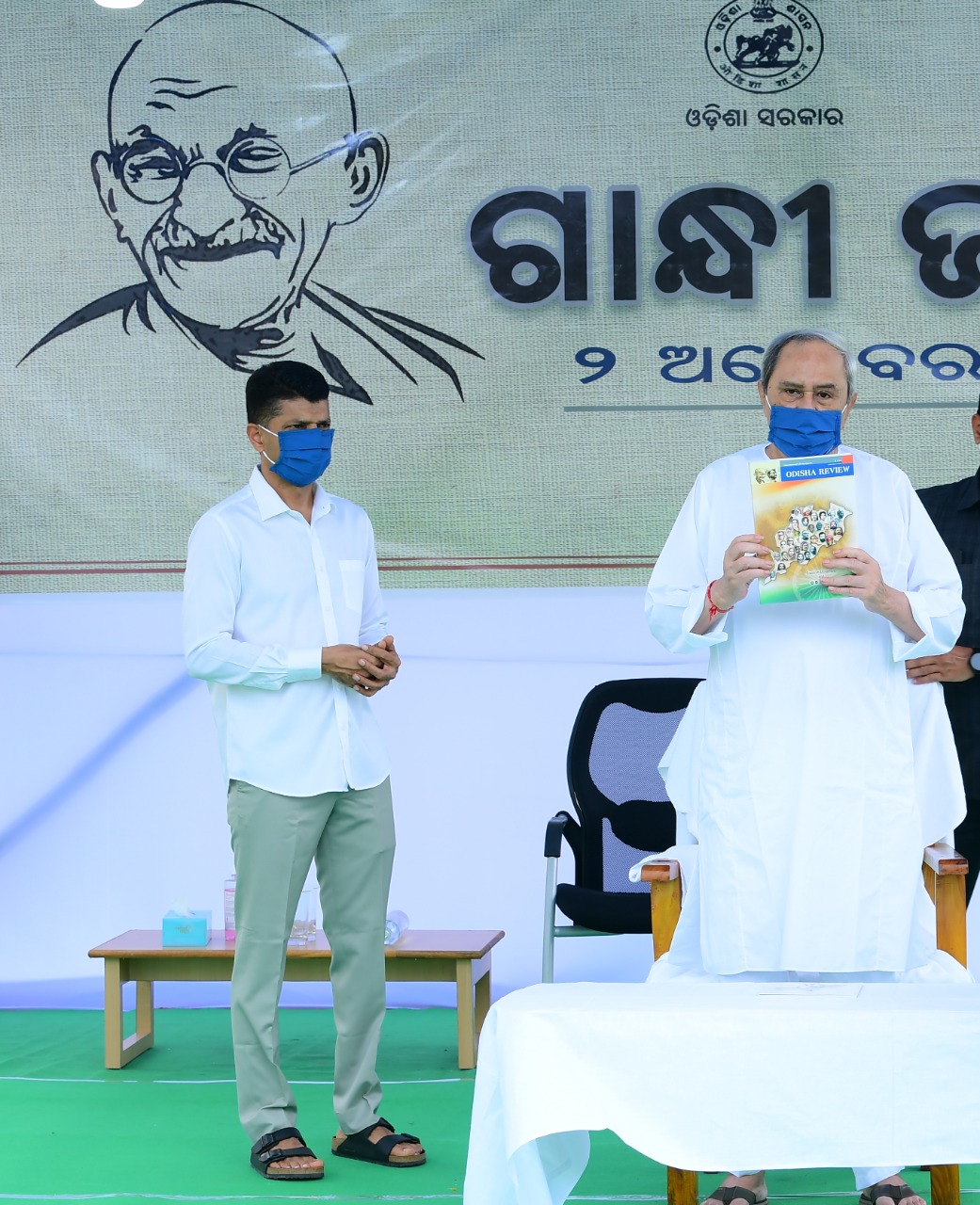