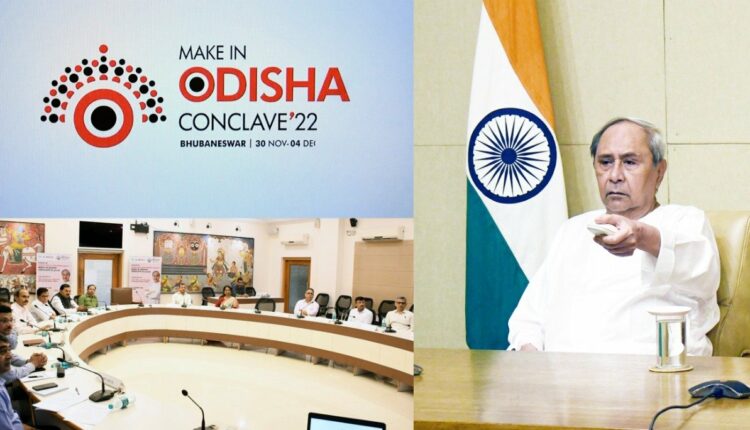 The make in Odisha portal is the repository of all information pertaining to the Make in Odisha Conclave-22. Delegates can get detailed information on the Plenary Session, Thematic Sessions, Business Leadership talks, Sectoral Sessions and detail of the speakers in the portal. Delegate can register themselves for the conclave and book their travel and accommodation during the visit. The mobile app is now available to all users on the Android, Playstore and Apple Appstore.

He said that today Odisha is ranked among the top States of India in terms of live manufacturing investments and has been accorded the “Achiever” status in the recently released “Ease of Doing Business” ratings. 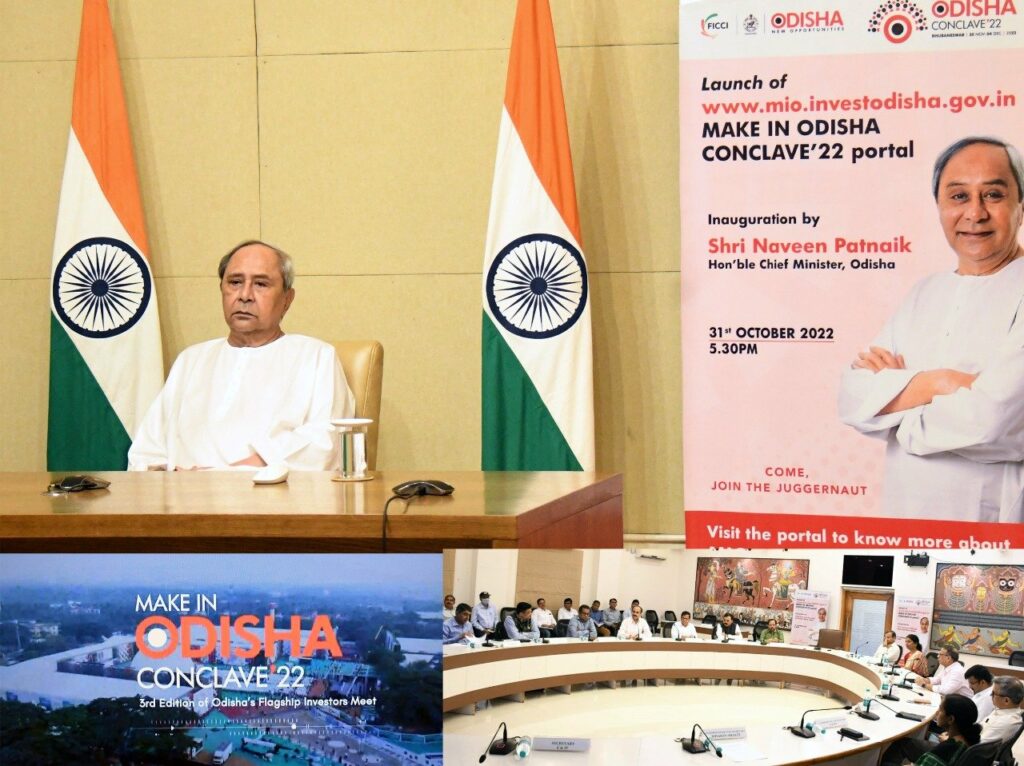 The CM further said that the Make in Odisha Conclave, 2022 is a platform to showcase our growth story and present what we have to offer to investors across the globe. It is a platform for industry captains and thought leaders to talk about the outlook of various industrial sectors.

As a build-up to the Make in Odisha Conclave-22, in the last three months, the government has led delegations on roadshows to various metros across Coimbatore, Jamshedpur, Ahmedabad, Lucknow, New Delhi, Mumbai, Bengaluru and Hyderabad in India as well as in Dubai.

The State Government has organised 10 road shows in which the CM has led in five – Dubai, Mumbai, New Delhi, Hyderabad and Bengaluru.

The Make In Odisha Conclave-22 is the flagship investor summit of the Government of Odisha.

After the event’s resounding success in 2016 and 2018, the State Government is organizing the third edition of the event at Bhubaneswar from November 30 to December 04, 2022.