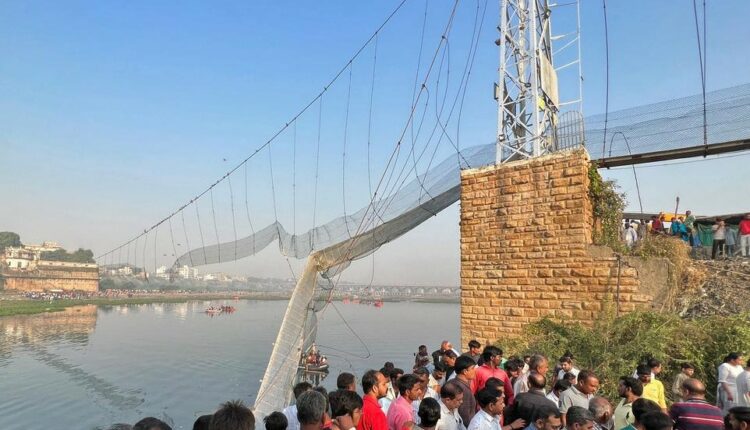 TNI Bureau: Nine persons have been arrested in connection with the Morbi bridge collapse in Gujarat.

The arrested included the managers of Ajanta Oreva company that renovated the bridge and ticket clerks.

Gujarat-based Oreva has been accused of violating safety rules that leads to the huge tragedy.

More than 134 people including 47 children died and about 100 people were injured due to the collapse of the suspension bridge over the Morbi Macchu river on Sunday evening.

Gujarat Government has constituted a five-member committee to probe the bridge collapse incident.

As per report, Prime Minister Narendra Modi will visit Morbi on Tuesday.