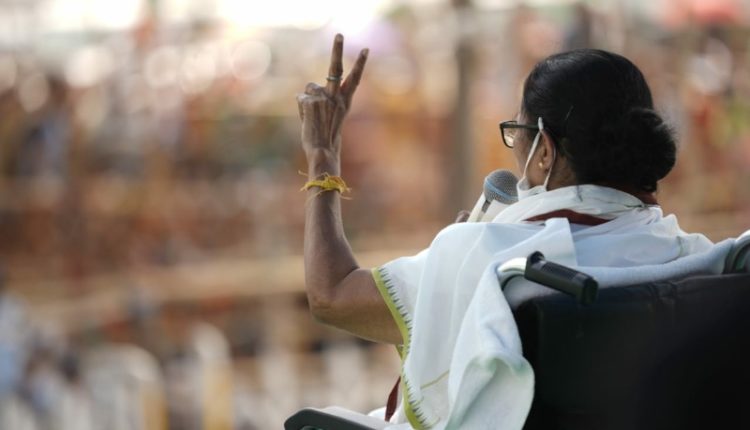 TNI Bureau: Amid high-voltage drama and an acrimonious fight on the polling day, the Trinamool Congress responded to PM Modi’s jibe saying Mamata Banerjee has won Nandigram today and will challenge him in Varanasi in 2024.

It was a bold announcement by TMC MP Mahua Moitra, who responded to PM Modi’s taunt that Mamata may contest from a second seat as she is losing Nandigram against BJP’s Suvendu Adhikari.

“Contesting from second seat?’ PM Modi jabs Mamata Banerjee. Yes Mr. Prime Minister, she will. And it will be Varanasi! So go get your armour on”, she tweeted.

Later, the TMC’s official Twitter Handle also tweeted a similar message saying Mamata won’t contest from another seat, as she is winning Nandigram. But, she will challenge Modi in Varanasi in 2024, says the statement.

80.53% voter turnout has been recorded in Bengal till 6 PM in the second phase polling. Nandigram has witnessed a voter turnout of 81% till 6 PM. The polling percentage in Nandigram and other parts of West Bengal was higher in 2016.

Sporadic violences, allegations of vote fraud, booth capturing charges and Mamata Banerjee’s dharna and phone call to the Governor from the booth, marred the polling. Mamata Banerjee openly accused the Central Forces of acting at the behest of Union Home Minister Amit Shah.

Yes Mr. Prime Minister, she will.
And it will be Varanasi!

So go get your armour on.

Didi is winning Nandigram. The question of her fighting from another seat doesn't arise. @narendramodi Ji, retract from your efforts to mislead people before they see your lies with the end of nomination in WB. Look for a safer seat in 2024, as you will be challenged in Varanasi.