"The people have spoken. Trump will be reinstated. Vox Populi, Vox Dei." 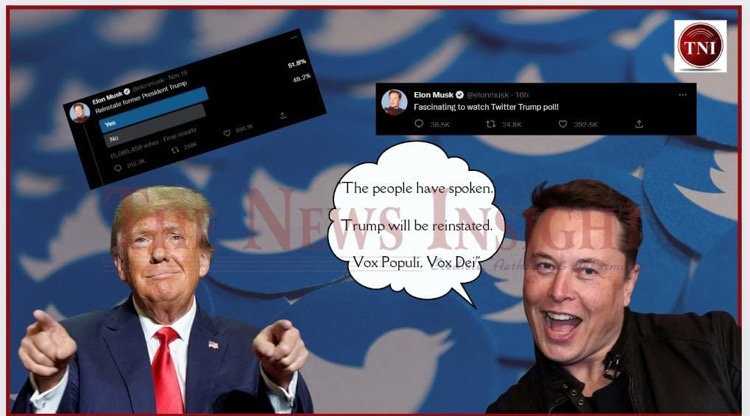 TNI Bureau: Twitter’s new CEO and billionaire Elon Musk, in an unannounced move surprised Incumbent president Joe Biden on his birthday, by reinstating former president Trump’s Twitter account. Trump was banned from Twitter for more than 22 months after a pro-Trump mob attacked the U.S. Capitol on January 6, 2021, as Congress prepared to certify Joe Biden’s victory. Elon Musk reversed the ban on Saturday, restoring Trump’s account.  The move comes on the day, when current president Biden was celebrating his 80th birthday

Following the unban, Musk in a tweet said, “the people have spoken. Trump will be reinstated. Vox Populi, Vox Dei.”

Trump’s Twitter account should be reinstated, according to a poll Musk had held online. In the 15,085,458 votes cast in the survey, 51.8% favoured and 48.2% opposed restoring the former president of the United States’ Twitter account.

In the momentous decision to ban the former US President’s Twitter account, Indian American Vijaya Gadde was at the fore. According to a post by Gadde, “the @realDonaldTrump account has been permanently suspended from Twitter owing to the potential of further violence.

As of Saturday night, it looked that Trump’s Twitter account had returned. The most recent tweet was from January 8, 2021, and it stated, “To all of those who have asked, I will not be going to the Inauguration on January 20th. The former US President has not yet tweeted anything, though. 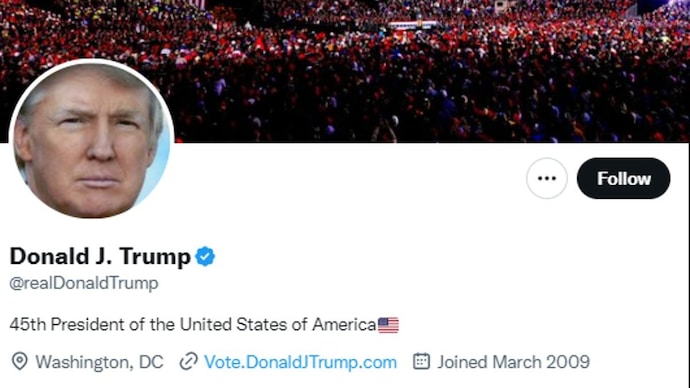 Musk had previously restored accounts linked to the satirical website Babylon Bee and the conservative media figure Jordan Peterson. Following Musk’s announcement last month that Twitter will create a content moderation council with “widely diverse opinions,” these reinstatements have taken place. No significant content decisions or account reinstatements will be made prior to the council’s meeting, he continued.

This survey was done by Elon Musk while Twitter was experiencing a period of layoffs and exits. Nearly half of the staff has been asked to depart less than three weeks after Musk took control. Since Musk seized control of Twitter, everyone assumed the billionaire would unban Trump’s account as his first move. The former US President is now back on the platform, though it took some time.

Trump had one million followers when his Twitter account was restored, and in less than 30 minutes, that figure climbed swiftly to 2.1 million.