A 53-year-old Architect and his Mother had committed suicide in 2018 alleging non-payment of dues by Republic TV. 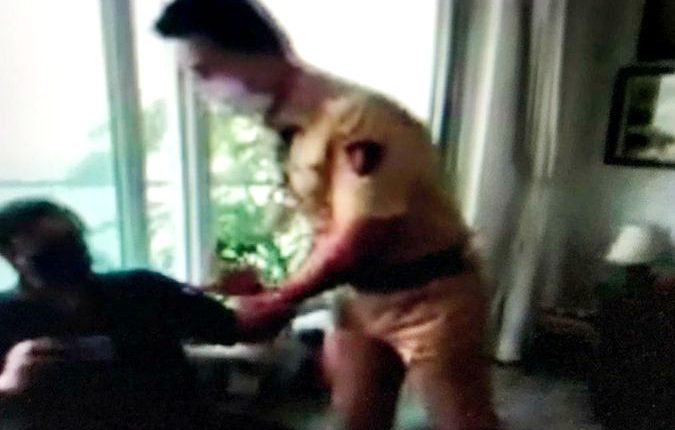 TNI Bureau: In a big development, which may have a lot of ramifications in the coming days, the Mumbai Police has picked up Republic TV Editor Arnab Goswami from his residence this morning in connection with a two-year-old suicide case. Reports suggest that he is being taken to Raigad.

Arnab initially tried to resist when the Cops entered into his residence, but the Cops finally took him away in a car surrounded by other vehicles and armed policemen. While being taken away, Arnab has alleged that he as well as his family members were physically assaulted inside the house.

In 2018, an architect Anvay Naik (53) and his mother had committed suicide over alleged non-payment of dues by Arnab Goswami’s Republic TV. In his suicide note, Anvay had reportedly claimed that Goswami and the two others owed him a total of Rs 5.4 crore – Arnab Goswami of Republic TV (Rs 83 lakh), Feroz Shaikh of IcastX/Skimedia (Rs 4 crore) and Niteish Sarda of Smartworks (Rs 55 lakh).

Arnab and two others were booked in this case in 2018, it was closed later despite the allegations levelled against Goswami.

However, later the deceased architect’s daughter Adnya alleged that the Alibaug Police had not investigated the non-payment of dues Republic TV which drove her father and grandmother to suicide in May 2018.

Subsequently, Maharashtra Home Minister Anil Deshmukh had ordered the CID to re-investigate the case in May 2020.