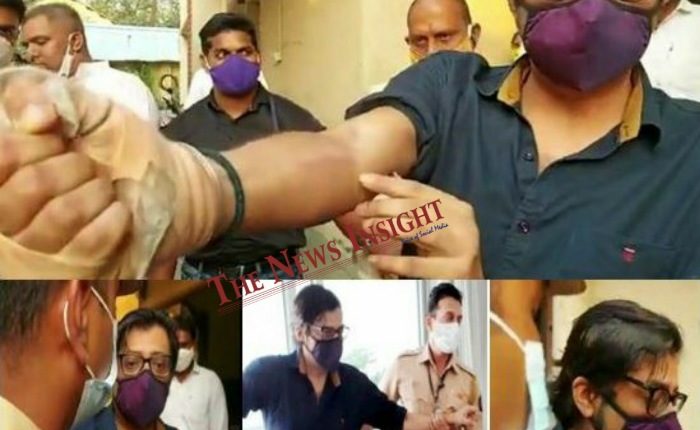 TNI Bureau: The entire Bharatiya Janata Party (BJP) swung into action and hit the street in support of Republic TV Editor Arnab Goswami who was arrested by the Mumbai Police from his residence this morning in connection with a 2018 case of abetment to suicide.

Their main target was Congress while they did not say anything about Shiv Sena or Chief Minister Uddhav Thackeray. Apart from these Ministers, BJP President JP Nadda, Vice President Baijayant Panda, UP CM Yogi Adityanath, Madhya Pradesh CM Shivraj Singh Chouhan, BJP’s National Spokesperson Dr. Sambit Patra and others too condemned the act.

Several protest marches were organised by the BJP Yuva Morcha and other affiliated wings in Delhi, Mumbai and other parts of Maharashtra. Rallies supporting Arnab Goswami were taken out in various parts of the country too.

While the BJP prefered to go soft on Uddhav Thackeray and Shiv Sena, it has launched a scathing attack on Congress High Command, accusing them of witch-hunting and vindictiveness.

BJP workers in Maharashtra have decided to wear black badges or black clothes until Arnab Goswami is released by police.

Meanwhile, several Media associations including the Editor’s Guild of India and NBA have condemned the action against Arnab Goswami and called for a fair probe in this case. Several other media organisations have taken out processions in support of Arnab Goswami. Many senior journalists who disagree with the style of Arnab’s journalism, have also disapproved his arrest and the manner in which he was picked up.

BMC bans sale of Diyas at Temporary Stalls in Bhubaneswar