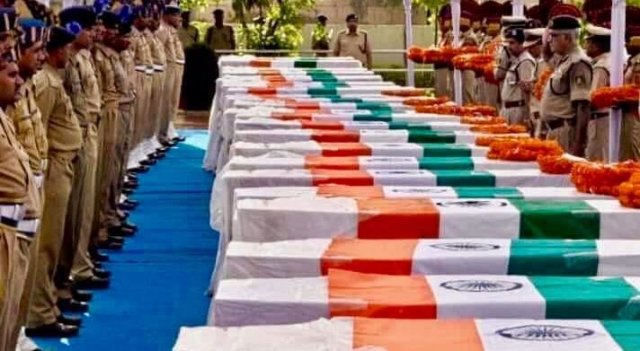 TNI Bureau: The Ministry of Home Affairs (MHA) has rubbished the reports published on ‘The Quint’ which claimed quoting an anonymous CRPF officer that the forces were denied air transit although they requested for it.

“Reports that appeared in a section of media that air transit facility on Jammu- Srinagar sector for CRPF troops was not allowed are untrue”, said MHA in a press statement.

The Quint had claimed that CRPF officials in Kashmir had requested for air transit, as a lot of Jawans got stranded in Jammu because if roadblocks due to snowfall. The request was sent to CRPF HQs in Delhi, which forwarded it to MHA. But, no action was taken, alleged The Quint quoting annonymous CRPF officials.

However, as the Home Ministry has denied the report, onus lies on The Quint to prove the allegations which are grave at this juncture. The report is being used by the Opposition and critics to attack the Govt.

Meanwhile, we came across a document that was related to BSF’s request for air transit on the same ground. As per the document, BSF wanted deployment of Mi-17 helicopters in the valley for the months of January & February.

The MHA consulted the BSF Air Wing and found that deployment of Mi-17 for two months won’t be possible. The Ministry then asked BSF to submit a fresh proposal for airlifting of their stranded personnel using IAF Aircraft whenever the situation arises, and on case to case basis.