Narasingha Mahapatra is the 'Chief Maharana' of Taladhwaja Ratha of Lord Balabhadra at Puri Jagannath Dham. 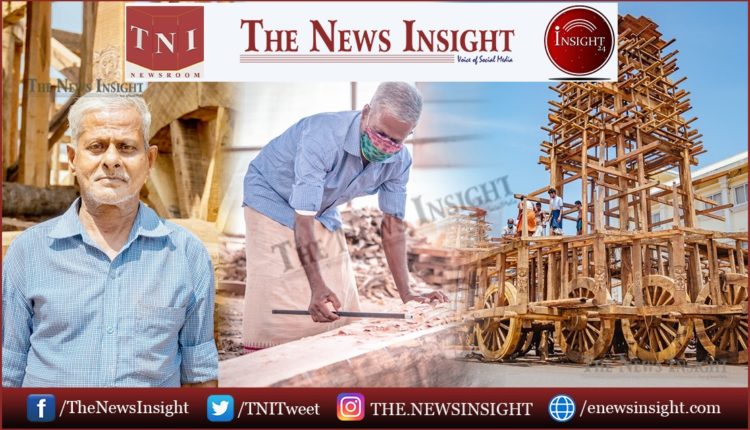 TNI Bureau: Age is not a barrier when it comes to determination, devotion and hard work. And, it’s true in case of Septuagenarian Narasingha Mahapatra, ‘Chief Maharana’ of Taladhwaja Ratha of Lord Balabhadra at Puri Srimandir.

As per the tweet, 72-year-old Narasingha Mahapatra started working as ‘Maharana’ more than 5 decades back and is serving as the ‘Mukhya Maharana’ since 2006.

He is proud of his work for Lord Balabhadra at the Puri Jagannath Dham and so are the people of Odisha.

At 72 years of age, Sri Narasingha Mahapatra does seva as “Mukhya (Chief) Maharana” of Taladhwaja Ratha of Shree Balabhadra at @JagannathaDhaam.

He started working as "Maharana" more than five decades back and is serving as "Mukhya Maharana" since 2006. pic.twitter.com/pfEFRRmwIx