Jagannath Maharana is serving as the 'Mukhya Kamara' (Chief Blacksmith) of Taladhawaja Ratha of Lord Balabhadra. 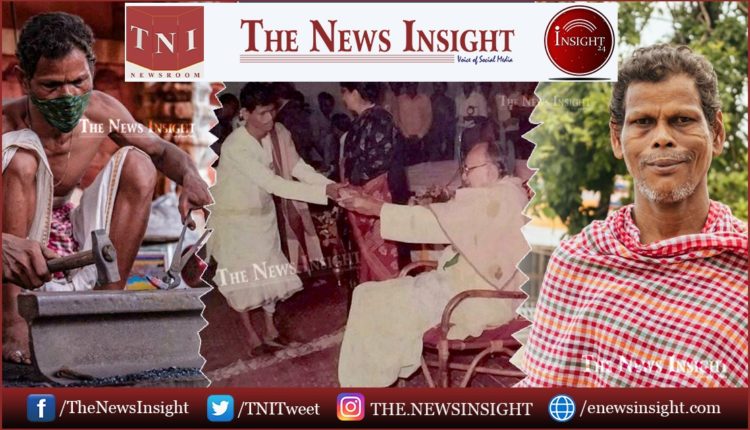 TNI Bureau: He is a trained Sculptor. At the age of 54, Jagannath Maharana is serving as the ‘Mukhya Kamara’ (Chief Blacksmith) of Taladhawaja Ratha of Lord Balabhadra. He has been in this position since 2008.

Jagannath Maharana has been doing Seva at Puri Srimandir as a Blacksmith during the construction of Chariots, since 1980’s.

He has received several awards & felicitation from then PM Indira Gandhi and then Odisha CM Biju Patnaik.

SJTA Chief Administrator Dr. Krishan Kumar tweeted the story of Jagannath Maharana along with his photo with legendary Biju Patnaik.

At 54 years of age, Sri Jagannath Maharana is serving as “Mukhya Kamara” (Chief Blacksmith) since 2008 for Taladhwaja Ratha of Sri Balabhadra . He has been doing Seva at @JagannathaDhaam since 1980’s as blacksmith during Ratha Nirman. #JagannathaPuri #Puri pic.twitter.com/uVkTWcVQ3K

Sputnik V Vaccine in Bhubaneswar; Know how to get the Jab