Massive Protests against Deepak Fertilizers at Tata SEZ in Ganjam

Tensions at the scene increased after a brawl broke out between police and villagers. 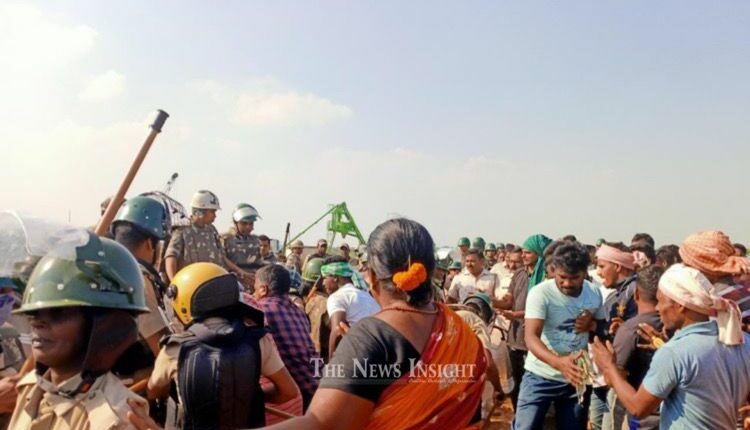 TNI Bureau: Up to 100 villagers stormed a construction site in Kalipari area near Chhatrapur in Ganjam district on Tuesday to protest the construction of a fertilizer company on land purchased by Tata Group’s mega steel plant. Tensions at the scene increased after a brawl broke out between police and villagers.

According to sources, Deepak Fertilizer started construction a few days ago. Construction work has been in full swing for the past two days.

However, this was not accepted by the villagers, who held rallies and were forced to enter the premises despite the objections of the police, administrators and office workers.

Protesters reportedly broke through a police cordon and occupied the site. They wanted to stop building the fertilizer company there. Because they believe the environment will be polluted after the company is established.

Residents also become ill due to the release of polluted water and air. It is worth noting that in 1995-1996 the government acquired approximately 6,000 acres of land for the construction of Tata’s mega steel plant.

The landowners then quickly agreed to part with the farmland because the proposed facility would not only create jobs, but also help improve the financial situation of the local people. Twenty-six years later, construction work on the planned facility has not progressed beyond the perimeter wall. The planned facility seems so surreal that it has already generated a lot of backlash among landowners and residents.

Against this backdrop, the government recently announced that it would return just 206 acres of land to its owners, which was even more provoking for the people.

Mumbai teenager stabbed to death for not sharing wifi password