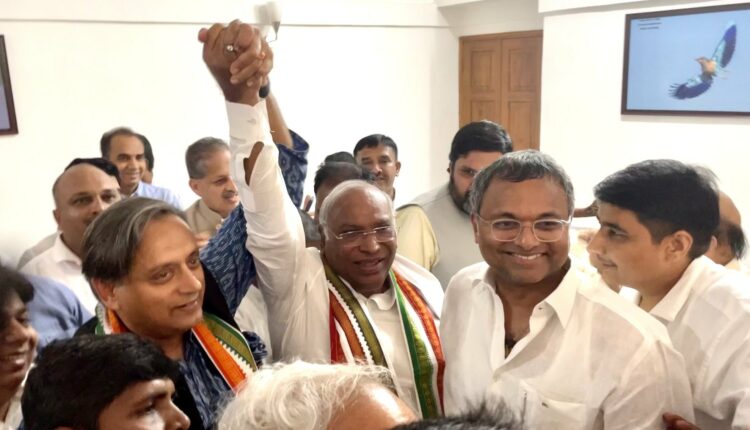 Kharge will replace party interim chief Sonia Gandhi. This is the first time in 24 years that Congress will get a non-Gandhi chief.
The election of Kharge is widely expected by the party leaders. Congress workers were seen celebrating outside the AICC headquarters in Delhi after Mallikarjun Kharge was elected as the new party chief.
Kharge is the current Member of Parliament, Rajya Sabha from Karnataka since 16 February 2021. He was als the Leader of the Opposition of Rajya Sabha.
Congress PresidentCongress Presidential ElectionMallikarjun KhargePoliticsShashi Tharoor
Share FacebookTwitterWhatsApp