The Girl accepted his proposal and hugged him. 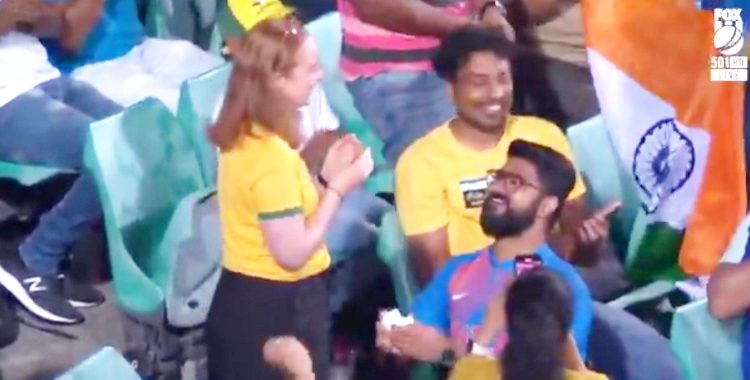 TNI Bureau: Although India lost to Australia in the 2nd ODI and conceded the Series, an Indian fan won the hearts by winning over an Australian Girlfriend.

The man proposed to his girlfriend while going down on one knee in front of a huge crowd and many cameras. Well, the girl says ‘Yes’ and he put the ring on her finger as the crowd at SCG applauded the moment.

The man was wearing the Indian Jersey while the Australian girl was wearing their jersey. They hugged each other showing warmth of love and affection – a touching moment fir all.

The Sydney Cricket Ground (SCG) Official Twitter Handle shared the video and hailed the incident as ‘Where dreams come true’.