Know the Celebrities who will attend HWC 2023 Inauguration 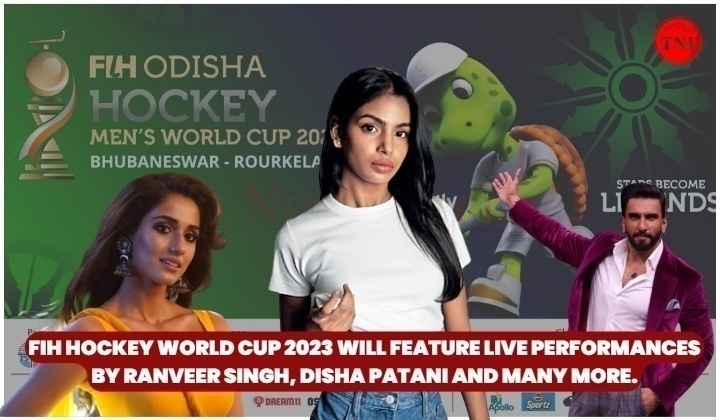 TNI Bureau: Ahead of FIH Odisha Hockey Men’s World Cup 2023, all set to kickstart from January 13, 2023, in Bhubaneswar and Rourkela cities of the State, the inaugural event will witness massive celebration, which will be held on January 11, 2023, at Barabati Stadium, Cuttack.

A spectacular performance that introduces both the guest countries and our country as a whole will be held as part of the hockey tournament’s organizing! According to a source, the festival aims to produce an amazing exhibition of showmanship, festivity, technology, and culture.

With a star-studded cast lined up for a variety of performances, songs, dances, and technologies, the show, appropriately titled “Celebrations,” would serve as the precursor event to the beginning of the tournament itself on January 13, 2023. It will incorporate the cultural characteristics of Odisha.

Join us for a star-studded event featuring Bollywood stars, cultural programs, songs, and dance as we bring hockey home!

As the Hockey World Cup’s second consecutive host country, India, and more specifically Odisha, have made every effort to guarantee that the 15 participating nations’ guests will see one of the most stunning shows ever produced.

The performance involves components of traditional Odia music and dance as well as the utilization of cutting-edge new technology, which is sure to provide a spectacle that will astound viewers.

The evening will feature live performances by Ranveer Singh, Disha Patani, and BLACKSWAN, a well-known K-Pop group that includes Sriya Lenka from Odisha.

Sriya Lenka, an 18-year-old singer from Odisha born in the state, is now the first K-Pop music artist from India.

She was chosen from a worldwide audition organized by the South Korean record label DR Music Entertainment in an effort to bolster the internationally renowned multi-national girl group Black-swan.

Sriya was born in Rourkela in 2003, she began practicing yoga at a very young age. She had attained training in both Odissi and Hindustani classical dance.

The FIH Odisha Hockey Men's World Cup 2023 Bhubaneswar – Rourkela Celebrations are coming to Cuttack, Odisha on the 11th of January, and the tickets will go live starting from 28th December at 12.00 noon on Paytm Insider! pic.twitter.com/YEZG6cFXu1

Pritam, the author and composer of the Hockey World Cup 2023 Song, will perform on stage with other notable vocalists like Benny Dayal, Neeti Mohan, Lisa Mishra, Amit Mishra, Antara Mitra, SreeramaChandra, Nakash Aziz, and Shalmali Kholgade, as well as Namita Meleka from Odisha, to enthral the audience. The dance performances are choreographed by National Award winner Shiamak Davar and Guru Aruna Mohanty. Numerous local Odia celebrities and performers will also take part in the event.

The tickets for the inaugural celebrations will be offered online beginning from December 28, 2022, at noon on Paytm Insider.