The period drama has created history by mounting the record for the biggest first day opening ever for a Hindi film. 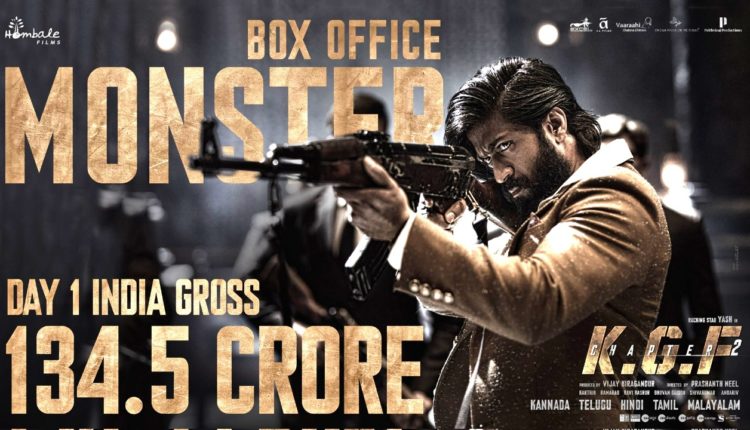 Insight Bureau:  KGF: Chapter 2 has created history by setting record for the biggest first day ever.

As per Movie critic Taran Adarsh’s tweet, KGF: Chapter 2 (Hindi version) has successfully collected 53.95 crores at the box office in the Hindi version, which is just mind-blowing.

Yash’s KGF 2 has received a massive opening across south Indian states.  The makers on Friday revealed that KGF 2 earned Rs 134.50 crore in India on Thursday, making it already the biggest earner in the history of Kannada cinema.