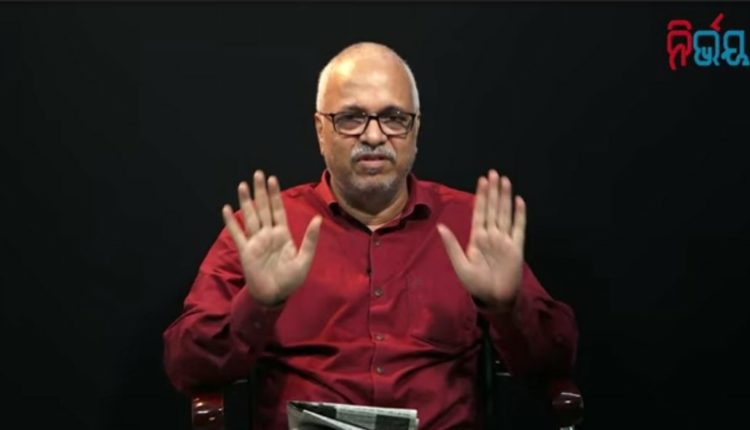 Insight Bureau: Angry and aggrieved over his son Manish Anurag‘s unfortunate and mysterious death, which is termed as a murder by the Commissionerate Police, Senior Journalist Navin Das lashed out at the police for allegedly protecting and patronising the criminal activities in the Capital City.

Navin Das asked why the Hotel South City Bar was over till late night hours although Covid Guidelines and Night Curfew were in place. When several bars were raided in the last few weeks, why the South City bar received preferential treatment.

He also claimed that the Hotel South City Bar was protected as he was leased to a office bearer of the Havaldar Association. Young lives are being lost because of the lacklusture attitude of the police, he alleged.

Navin Das also urged CM Naveen Patnaik to take note of these issues. The CM’s clean image will be dented by some erring cops, he added. If the police continue to adopt such approach, the public anger will turn against Naveen Patnaik, which he won’t tolerate, said Navin Das.

Meanwhile, all three accused have been sent to 4-day police remand. The cops will recreate the scene and try to establish the motive and events that led to Manish’s murder. More details may emerge as the investigation progresses, it is believed.