Biden won Pennsylvania which gave him 20 votes. He is also leading in Arizona (11) and Georgia (16). 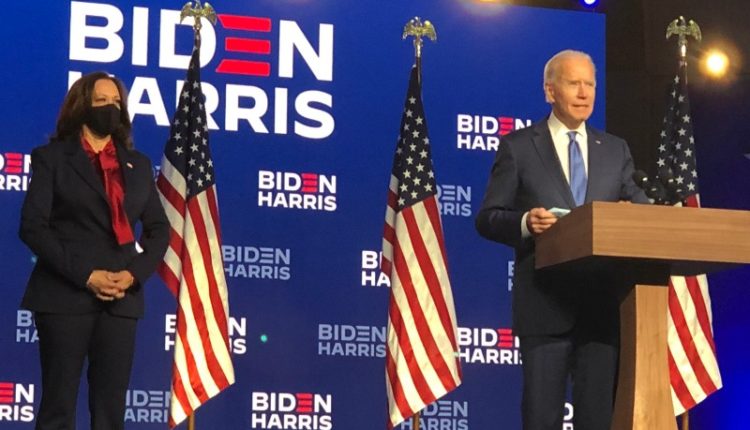 TNI Bureau: With a victory in Pennsylvania, Democrat Joe Biden has been confirmed as the 46th US President, as per the projections in US Media. At 77, he will be the oldest President in the American History.

Joe Biden had served as the Vice President of USA under Barack Obama from 2009 to 2017.

Biden has already reached the required 270 magic figure and may extend his electoral votes to 300. Incumbent Donald Trump stays at 214. Biden is also leading by 4 million popular votes.

Biden won Pennsylvania which gave him 20 votes. He is also leading in Arizona (11) and Georgia (16).

While Biden has won the race to White House, Kamala Harris will become the first Woman to get elected as the Vice President of USA. She has her maternal roots in Tamil Nadu, India. Kamala is known as the woman of Indian-Jamaican origin.

With Donald Trump threatening to move the US Supreme Court against the poll results, it would be interesting to see if the results will be delayed or announced as scheduled.