the Jaganath Sena and the priests of Srimandir in Puri contended the renowned gemstone truly belongs to Lord Jaganath. 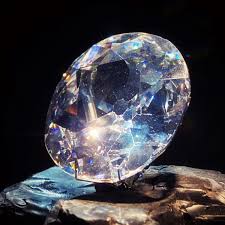 TNI Bureau: Just after Queen Elizabeth II’s death, there have been numerous rumors that the Centre is planning to bring back the Kohinoor diamond from London. And in the meantime, the Jaganath Sena and the priests of Srimandir in Puri contended the renowned gemstone truly belongs to Lord Jaganath

They restored their long-standing demand that the jewel be brought back and positioned on the Lord’s crown.

Maharaja Ranjit Singh, who ruled large parts of northern India in the late 18th and early 19th centuries, is said to have visited Puri in 1836 to pray to Lord Jaganath.

During his visit, he expressed his desire to present Lord Jaganath with a 50L British Pound and a Kohinoor Diamond. According to legend, the historical records proving Maharaja Ranjit’s wish are still kept by the family of Puri servant Hare Krushna Pratihari.
The British, however, successfully Invaded and ended up taking the diamond from Maharaja Ranjit’s son Duleep Singh. Since then, the valuable diamond has been with the British.

Surendra Mishra, a heritage expert, stated, “The Kohinoor diamond originally belonged to Lord Jaganath.” When Maharaja Ranjit Singh visited Puri, he stayed at the Dakshin Dwara of Srimandir. There is written proof, and he explicitly stated that he wished to present the Kohinoor diamond to Lord Jaganath.” “We have a lot of evidence in this regard.” We need to tell the world that Kohinoor is from Odisha.

“The Odisha government and the Center should take up the issue and take immediate action to return it to Jaganath Temple,” he added.

These Odisha Youths defied the odds to crack NEET

Naveen to ring Opening Bell of BSE on September 15