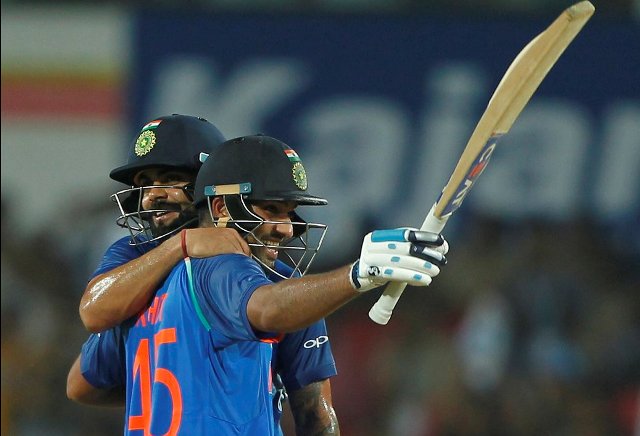 India completed a 4-1 series win over Australia by winning the fifth and final ODI in Nagpur on Sunday and regained the No.1 ranking in ODIs.

India, chasing a target of 243 runs with the loss of only three wickets while Rohit Sharma slammed his 14th century with 11 fours and 5 sixes in his 125, which helped Indian cricket team to win over Australia by seven wickets.

Rohit Sharma was the Man of the Match for his knock of 125, while Hardik Pandya was announced as Man of the Series.