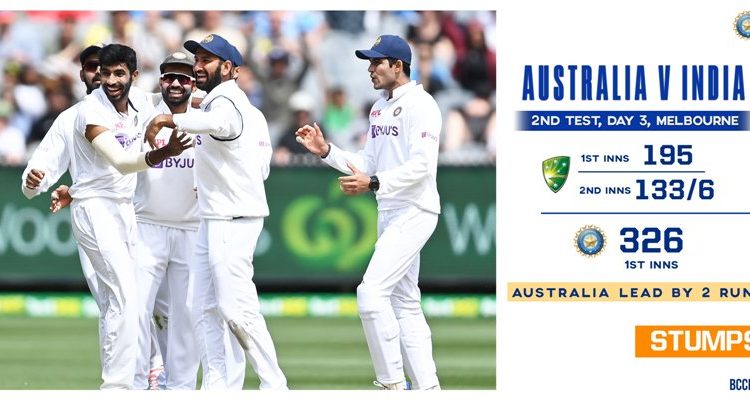 TNI Bureau:  Team India established tight control over Australia in Melbourne Test with excellent performance with the ball in the second innings. At Stumps, Australia led by just 2 runs, but lost 6 wickets.

In the second innings too, Indian bowlers wreaked havoc as Australia slumped to 133/6. Wade (40) and Labuschagne (28) were the top scorers. For India, Jadeja had taken 2 wickets while other bowlers have shared one wicket each among them.