ICC Awards of the Decade 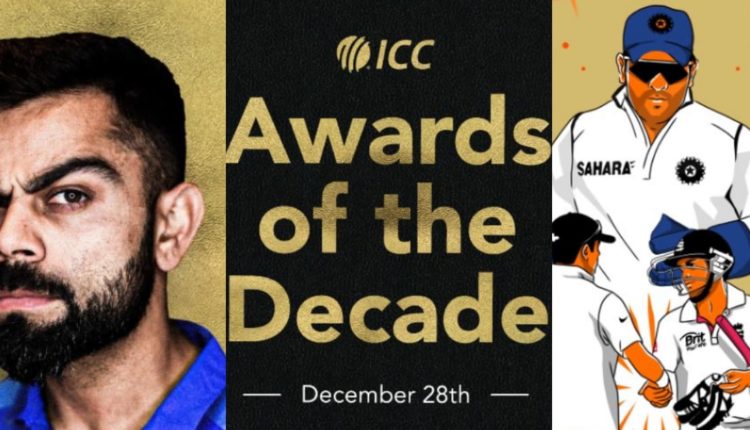 Indian Cricket Team Captain and Batsman Virat Kohli have won the Sir Garfield Sobers Award for ICC Male Cricketer of the Decade at ICC Awards 2020. Virat Kohli has achieved various milestones in this decade and has set various records in the history of cricket.

Kohli has also been named as the Men’s ODI Cricketer of the Decade for his outstanding performance and leadership in One Day International Matches. At the moment, he is the only player with more than 10000 ODI Runs during the ICC Awards period. Virat Kohli also has the records of scoring the most runs (20,396), most hundreds (66), and most fifties (94) during the ICC Awards Period. He is the 2011 World Cup Champion and has played 70+ innings and has the highest average (56.97). Since his debut in International Cricket, the run-machine Kohli has proved his dedication and talent.

Apart from Virat Kohli bagging the Two most prestigious awards of ICC Decade Awards 2020, there is another good news for India. Former Indian Skipper and Captain Cool Mahendra Singh Dhoni also won the Spirit of Cricket Award of the Decade for his gesture of calling back England batsman Ian Bell after a bizarre run out in the Nottingham Test in 2011.

There is no doubt that these incredible wins by the Indian Cricketers are a great achievement for India.