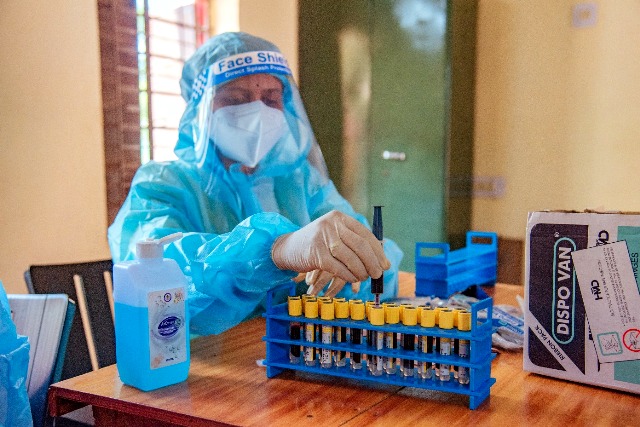 TNI Bureau: India has reported 83,341 fresh cases of Coronavirus on September 3, taking the tally to 39,36,747. This is the second biggest single-day spike in India and world. At least 66,659 people have recovered while 1096 new deaths have been reported across the country in the last 24 hours.

👉 Maharashtra continues to be the worst affected State with 18105 new cases and 391 deaths. This is the highest-ever daily positive cases in any state in the country.

👉 Uttar Pradesh leads the pack in testing most number of samples in a day. It tested 136,865 samples on September 3. Since 19th August, UP has been conducting more than 1 lakh tests on a daily basis.

👉 Bihar is also testing high number of samples. The state conducted 140,931 tests yesterday. Since 13th August, the State has tested more than 1 lakh samples in a day 18 times. 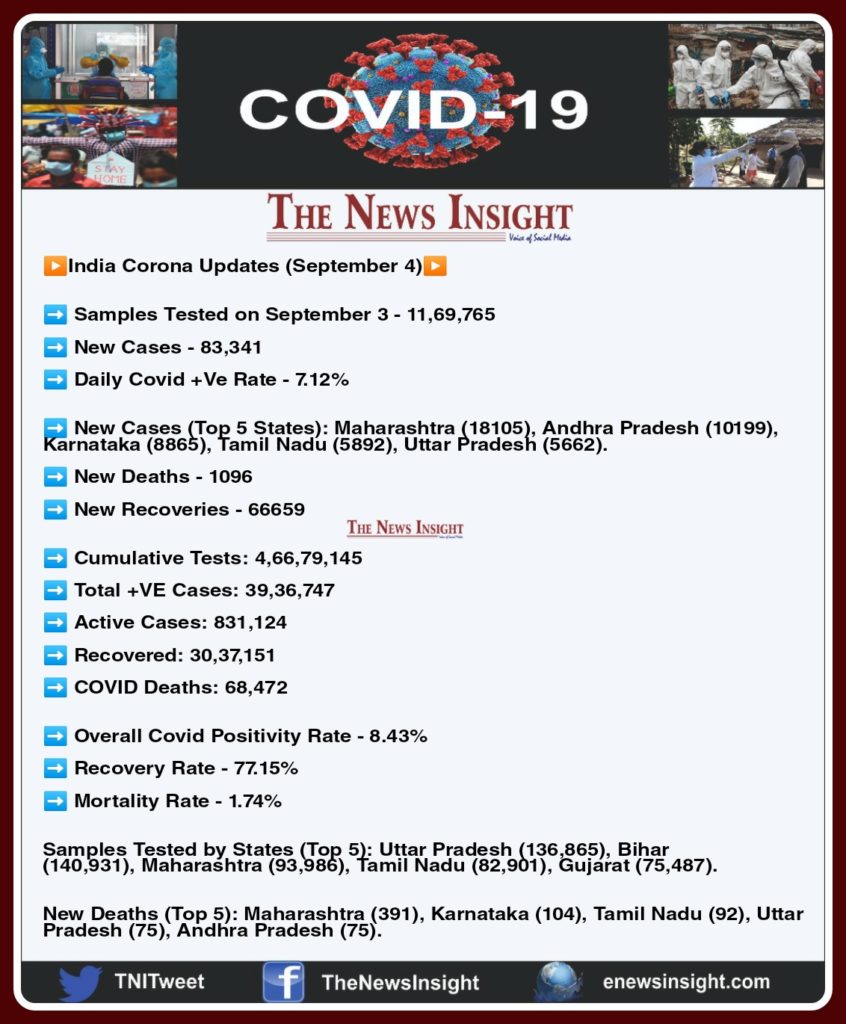