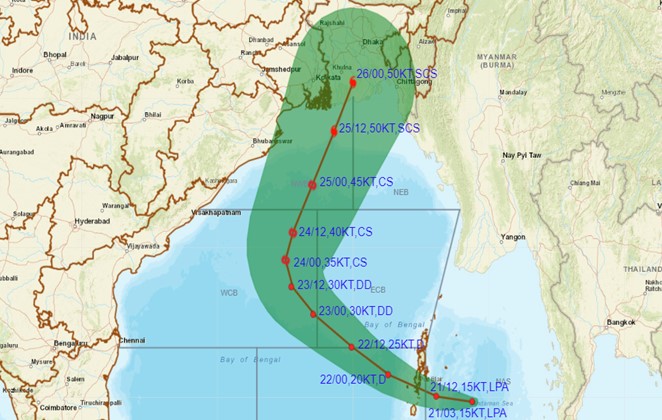 TNI Bureau: The Bhubaneswar Met Centre confirmed on Friday that a low-pressure area has formed over the Andaman Sea on Thursday and will intensify into a depression by Saturday and subsequently a cyclone by Monday.

Under its influence, the coastal and interior Odisha will witness moderate to heavy rain from Monday.

SRC Pradeep Jena has urged media not to air any sensationalise report relating to Cyclone Sitrang.

Impact of Cyclonic Storm on Odisha:

🔴 No landfall in Odisha, but Coastal Odisha may witness heavy to very heavy rainfall on October 24 and 25.