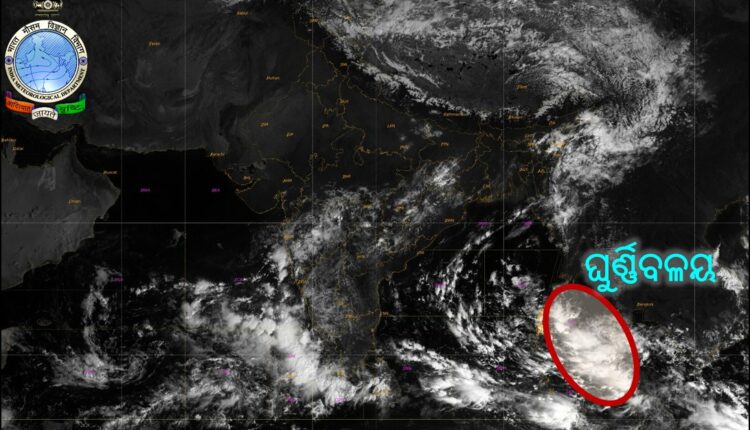 TNI Bureau: After rubbishing the predictions of global weather experts for long, the Indian Meteorological Department (IMD) has finally predicted the possibility of a Cyclone in the West-Central Bay of Bengal after October 22.

The Cyclonic Circulation formed over the North Andaman Sea yesterday, will concentrate further and turn into a Low Pressure on October 20.

It will intensify into a depression by October 22 while moving in West-Northwest direction.

The depression may further intensify into a cyclone in the West-Central Bay of Bengal after October 22. However, there is no clarity on its direction, landfall location and intensity yet.

Meanwhile, the SRC Odisha has called for an emergency meeting at 4 PM to review the situation as well as preparedness in the even of a cyclone.

A #LowPressure is likely to form over SE & adjoining EC Bay of Bengal during next #48hours. It is likely to move WNW & concentrate into a #Depression by #22nd morning over Central BoB. It is very likely to #intensify further into a #Cyclone over Westcentral BoB subsequently

#InformatoryMessage on Likely formation of a #Tropical #Cyclone over West Central Bay of Bengal. pic.twitter.com/pCrzg2GgBM

Infant mauled to death by Stray Dog in Noida