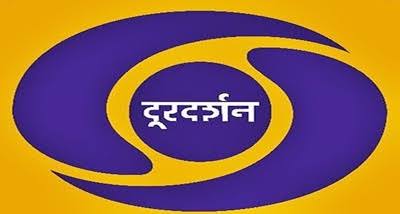 326
Share
TNI Bureau: Doordarshan, India’s state broadcaster, is preparing to launch a new channel, DD International. It’s main agenda would be to “project India’s point of view” to the rest of the globe.
Along with it, they also plan on sharing commentary on global concerns. Prasar Bharati, DD’s parent company, is drawing inspiration from the likes of BBC World and Al Jazeera for this channel.
Doordarshan is a public service broadcaster that is one of Prasar Bharati’s two divisions. It was formed by the Indian government and is under the control of the Ministry of Information and Broadcasting. It was founded on September 15, 1959, and is still one of India’s major broadcasting organizations.
Doordarshan has issued an Expression of Interest (EOI) for a consultancy agency to deliver a full project report for the channel’s establishment. The goal is to “build a global presence for Doordarshan and to establish an international voice for India,” according to the EOI document. This comes as the Government’s handling of the pandemic has come under increasing scrutiny in the international media. According to the EOI, the channel would reflect India’s perspective on current problems of global and domestic importance.
Related Posts

Another goal, as mentioned in the EOI document, is to create a “talent hub” for global media professionals, which would entail attracting and engaging global media professionals, foreign reporters on a freelance basis, and recruiting worldwide talent as anchors and reporters, as well as establishing staff worldwide. Setting up bureaus throughout the world and choosing sites, developing a roadmap for execution, having 24×7 world service streams, and prioritizing geography-specific streams are all part of this process.
According to Shashi Shekhar Vempati, CEO of Prasar Bharati, the EOI is about establishing DD’s foreign footprint through bureaus, correspondents, time zones, and international content linked to those regions.
DD International, according to Vempati, will focus on the global market, whilst DD India would offer material for both domestic and international viewers, with an appropriate content exchange between the two channels.
According to former Prasar Bharati chairman A. Surya Prakash, it is past time for India to compete on an equal footing with other nations in the media. He went on to say that this is only conceivable if India has a worldwide media group, as well as foreign offices and journalists.
ChannelDaily EpaperDoordarshanGovt of IndiaInternationalMedia
326
Share FacebookTwitterWhatsApp