Good Samaritan of unclaimed bodies, a friend in need, indeed 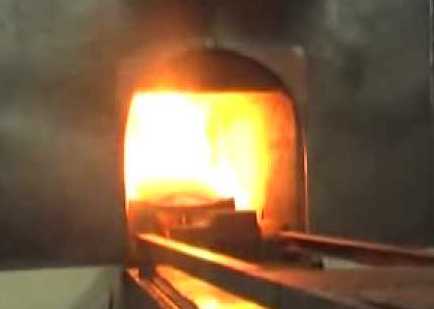 Despite not hailing from a well-off background and a school dropout to moot, he fervently feels that “Service to mankind is service to God”. To this extent, this auto-rickshaw driver revels in a job that everyone would love to hate – disposing of claimed and unclaimed bodies.

Meet Pradeep Kumar Prusty, the unknown friend of the dead, who has made it his life’s mission to ensure they get a dignified burial. He is always the first to come forward to recover or collect corpses found along the railway tracks, roads and bodies hanging from trees in this Odisha capital and on its outskirts.

Prusty, 40, is always there for the police to collect the bodies and take them to the mortuary for identification and autopsy.

“When I was in school, I used to visit the municipality hospital nearby my school to get digestive tablets as they tasted sweet. I would see the agony of the family members who could not dispose of the bodies of their near and dear due to lack of money. That inspired me to help these poor people,” Prusty, who has studied till the ninth grade, told IANS.

Hailing from Bhubaneswar’s Bhimtangi neighbourhood, Prusty has disposed off 600-700 claimed and unclaimed bodies since 2009, when he started the noble service.

He is called every time a claimed or unclaimed body is found in the city. Believing in humanity, he never hesitates to collect corpses found on tracks or an unclaimed decomposed body. He is there at a call to extend his helping hand to the police.

His job, however, does not end there. He is with a mission “to ensure the dignity of the dead.” He provides all possible help to people who need help to perform the last rites and the cremation of their loved ones.

“I earn about Rs.7,000 to Rs.8000 monthly by driving an auto-rickshaw in the city. I spend half of the money for collection and cremation of the bodies and other half for the family,” said Prusty, who has a son and a daughter. While his son is studying in Class 8, his daughter is in Class 12. His wife is a homemaker.

He said when he falls short of money, he collects funds from the people to dispose of the corpses, adding that about Rs.2,000 is required for the cremation of dead bodies.

Irrespective of the jurisdiction of the administration and class, creed, caste, class or colour, he is always there in the true letter and spirit of a good Samaritan.

And, he never demands anything in return.

Much prior to the state government’s free ambulance service, Prusty started one in 2007.

“I sold off my ambulance after it broke down. I had no money to repair it. So, I had no option but to sell it off,” said the good Samaritan.

Not surprisingly, his social work has earned him much felicitation and awards of appreciation from many organisations.

Vedanta partners with Odisha Govt. to set up an Aluminium Park