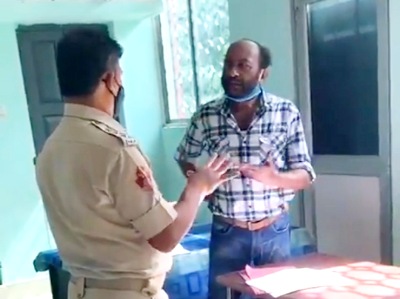 TNI Bureau: Notorious gangster Raja Acharya was arrested by the Capital Police on charges of extortion. Raja became the first criminal to be arrested a day after the Commissionerate Police launched ‘Say No To Extortion’ (Dadabati Ku Na) campaign.

Raja was interrogated at the Capital Police Station. He was picked up for demanding Rs 20,000 extortion money from an individual. Over 30 cases have been registered against Raja at various police stations in Bhubaneswar and Cuttack.

He was also the main accused in the murder of Judo Coach Biranchi Das in 2008. Raja served the life sentence and was released from jail in April 2019.

Meanwhile, 3 other extortionists were held in Cuttack for demanding ‘dada bati’ from the businessmen.