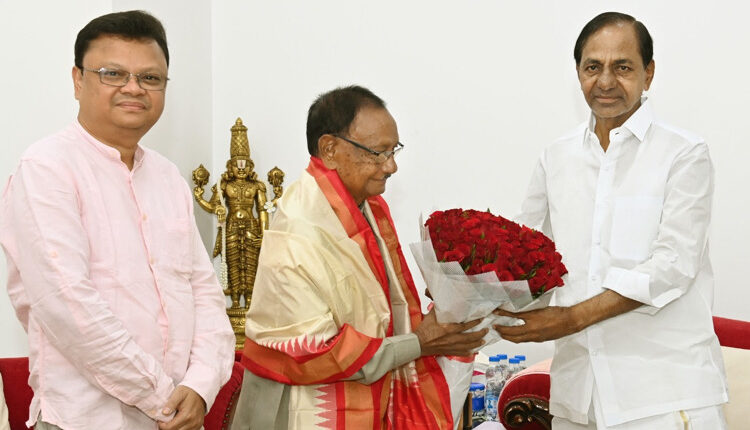 ‘KCR had invited us to discuss various issues. He also proposed us to join his new national party, BRS. We are still with the BJP, but will take a call on this offer soon,” said Shishir.

“KCR is an old friend of my father. We have always maintained cordial relations with him,” added Shishir.

Shishir lashed out at the BJP leadership in Odisha, saying they are not fighting for the interest of Odisha and keep fooling the people. That’s a clear indication that the father-son duo has decided to quit the saffron party.

Giridhar Gamang and Shishir Gamang have been sidelined in Odisha BJP for a long time. Giridhar had, however campaigned in the tribal belts of Padampur during the recent assembly bypoll.

Meanwhile, Leader of Opposition and Senior BJP leader Jayanarayan Mishra has downplayed the development, saying it won’t have any impact if Giridhar quits the party. “We have enough resources to fight the BJD. The Gamang family was in Congress, then joined BJP. They keep switching sides,” he added.

Boat Services affected in Chilika due to Fog Conditions