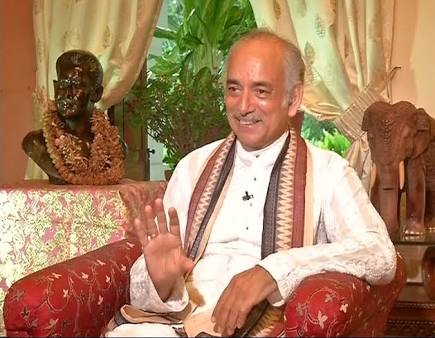 TNI Bureau: In a big development, Puri Gajapati Maharaj Dibyasingha Deb has written a letter to Odisha CM Naveen Patnaik asking him to take appropriate steps for approaching the SC for partial modification of its 18th June order so as to permit performance of Ratha Jatra only in Puri – the Moola Peetha of Lord Jagannath.

The letter was based on the outcome of the urgent meeting of Shree Jagannath Temple Managing Committee held in Puri yesterday, followed by a second meeting of the Committee this evening.

After considerable discussion upon all relevant aspects of the matter, the Managing Committee and the Chhatisa Nijoga unanimously decided to appeal the State Government to approach the Supreme Court for a modification of June 18 order.

Some Key Observations made by the Committee:

👉 Performance of Ratha Jatra in Puri is sanctioned and mandated by sacred scriptures, which clearly state that Mahaprabhu Jagannath is the Supreme Lord.

👉 In the course of Odisha’s long history, Ratha Jatra has not been held only when conduct of the Jatra has become impossible, as for instance during attacks by Mughal forces in 16th, 17th and 18th centuries.

👉 However, Ratha Jatra was never stopped even during worst natural disasters and epidemic.

👉 In view of Corona Pandemic, the Ratha Jatra can be held without any congregation of general public and with the State Government taking appropriate steps to prevent spread of COVID-19.

👉 If Ratha Jatra is not held this year, it would hurt the religious sentiments of countless devotees around the world who watch the sacred Jatra on electronic media.

👉 The conduct of the annual Ratha Jatra on the prescribed day is statutorily mandated by Record-of-Rights (Part II, pages 69-81) framed under The Puri Shri Jagannath Temple (Administration) Act, 1952.

👉 Under Sec 15 (1) of Shri Jagannath Temple Act, 1955, the Managing Committee of the Temple is statutorily bound to ensure conduct of Ratha Jatra in accordance with the Record-of-Rights.

All Details given in the Letter: 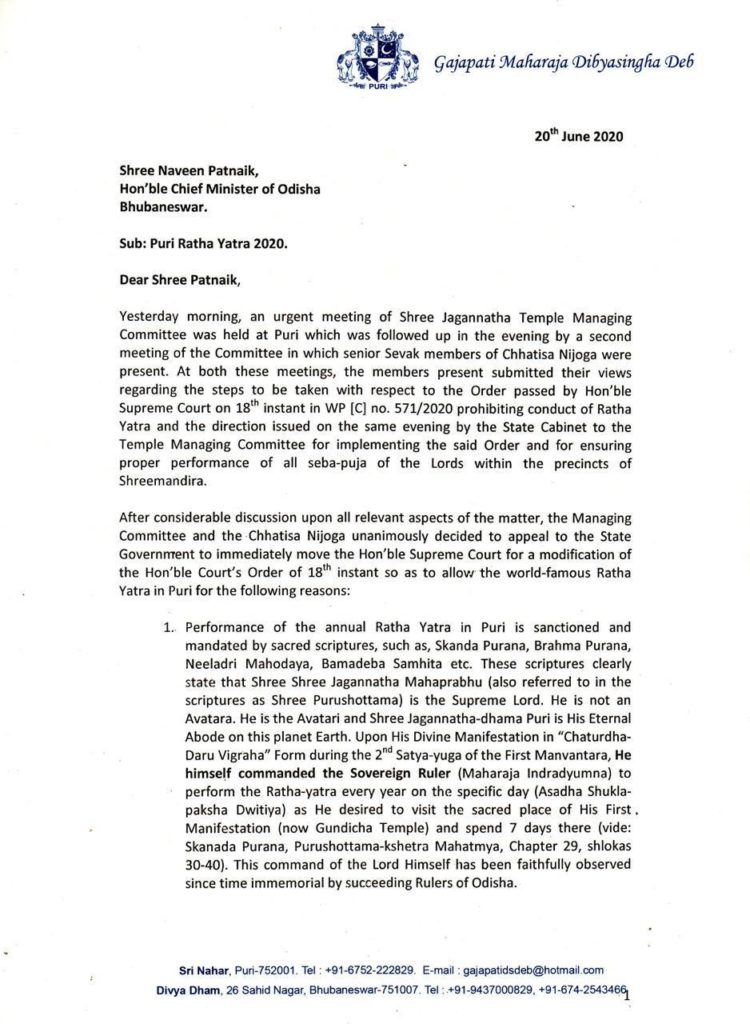 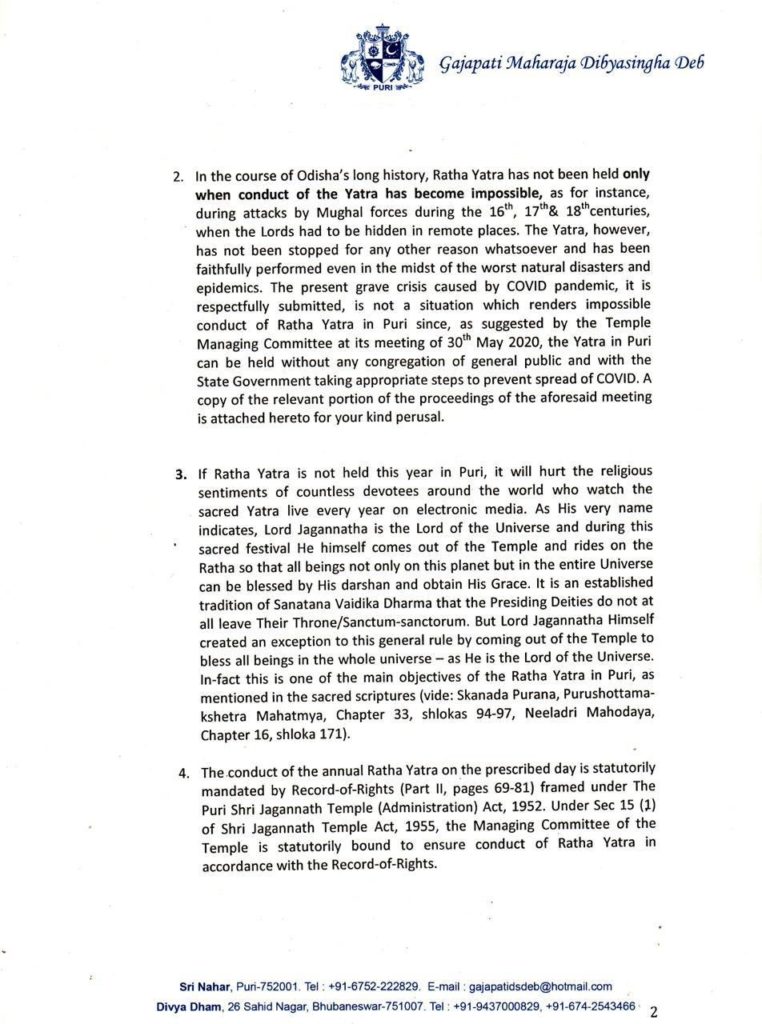 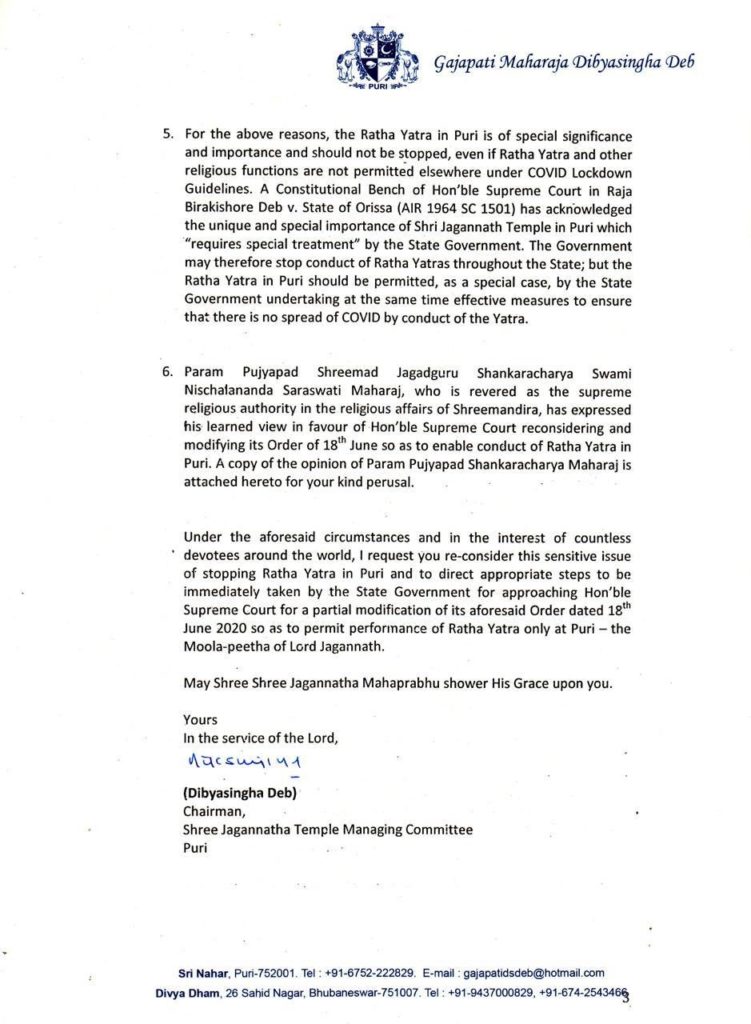 Only you could’ve saved Sushsant: Sandeep to Ankita