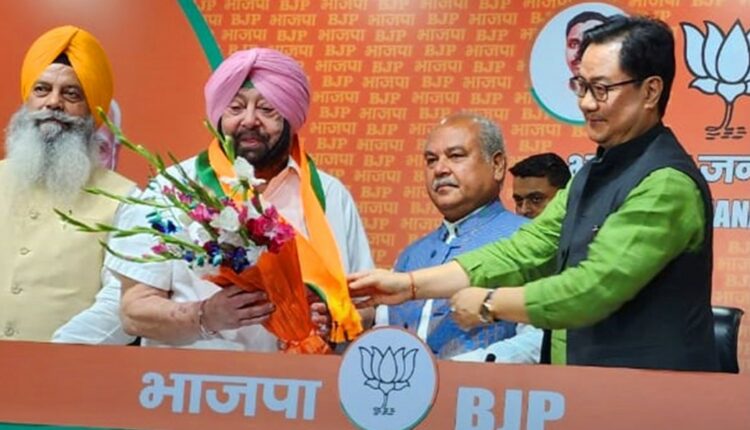 Captain Amarinder Singh comes from the royal family of Patiala and has served in Indian Army.