A video of the incident shows the man, a doctor by trade, driving the car while the chained dog struggles to keep up. 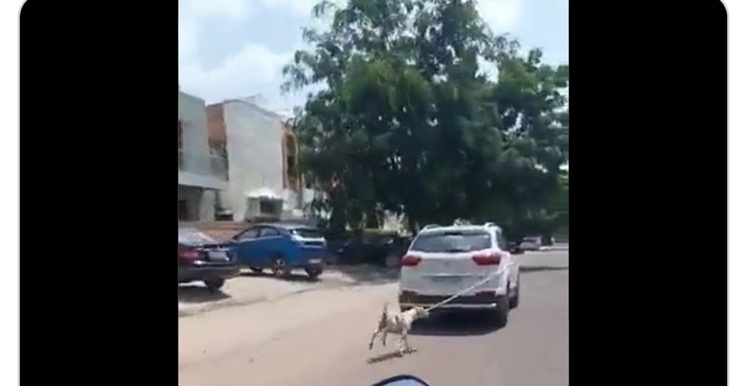 TNI Bureau: A man tied a dog to his car and mercilessly dragged it around the city in a horrifying case of animal cruelty. The incident occurred on Sunday in the Jodhpur district of Rajasthan. A video of the incident shows the man, a doctor by profession, driving the car while the chained dog struggled.

When a bike rider noticed the animal abuse, he intervened and forced the driver to stop the car. They unchained the dog and reported the incident to the city’s Dog Home Foundation. The community also arranged for an ambulance to transport the severely injured dog.

Dr Rajneesh Galwa is the person driving this car. Let’s do whatever we can to get him punished for this gruesome act he did to an innocent dog. #Jodhpur@peta @AnimalAid_India @MercyForAnimals @DHFJodhpur pic.twitter.com/BsrG6SLEV9

Dr Rajneesh Galwa, the accused, immediately called the police. He claimed that the street dog lived near his house and that he was attempting to remove it. Meanwhile, the city’s Dog Home Foundation has filed an animal abuse complaint against the Jodhpur doctor.