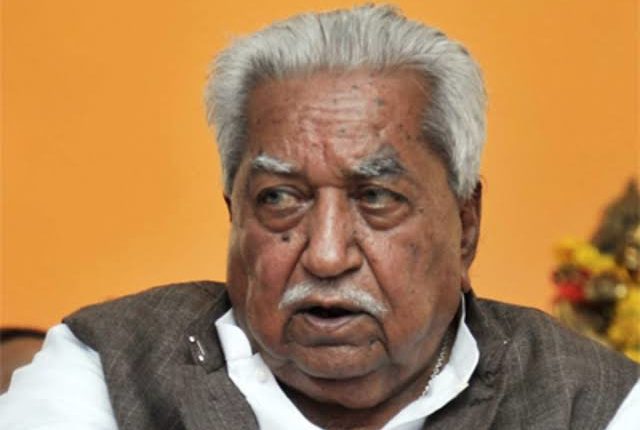 Born on July 24, 1928, Keshubhai Patel had joined the RSS in 1945 as a Pracharak. He was one of the tallest leaders of BJP in Gujarat. He was also one of the founding members of Jan Sangh and BJP.

Keshubhai was elected to Lok Sabha in 1977, but resigned later. He was elected to Gujarat Assembly from Kalavad, Gondal and Visavadar between 1978 and 1995. He became the CM of Gujarat on 14 March 1995 but resigned 7 months later after his colleague Shankersinh Vaghela revolted against him.

Keshubhai did not renew his membership with the BJP and resigned on August 4, 2012 to launch the Gujarat Parivartan Party (GPP). While he won the elections from Visavadar, his party won just two seats, including his own. He later resigned as the MLA on February 13, 2014. His party GPP merged with BJP 11 days later.

Keshubhai had 5 sons and one daughter. While his son Bharat Patel had joined the BJP, his 60-year-old son Pravin Patel had died in the US in September 2017.

Twitter apologises for showing Leh as part of China