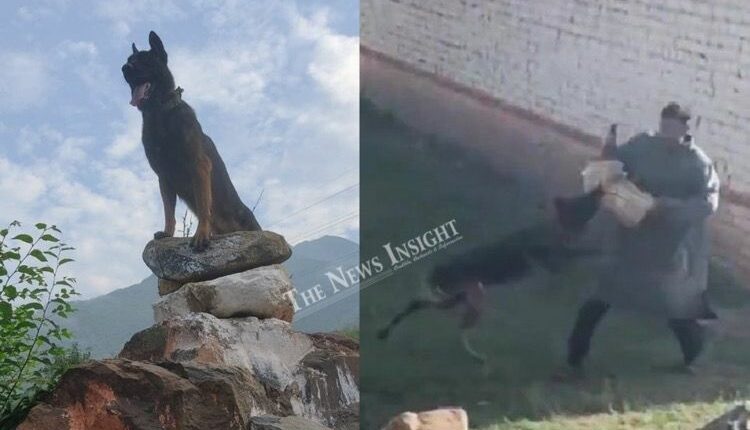 TNI Bureau: Zoom is no more.

Indian Army’s fearless assault dog, “Zoom” who had received two gunshot wounds during an encounter in Jammu and Kashmir’s Anantnag district on Monday, succumbed to his injuries while undergoing treatment on Thursday at around 12 pm at the Advance Field Veterinary Hospital in Jammu and Kashmir.

After locating and attacking the militants, he received two bullet wounds.

Despite being wounded, Zoom kept attacking the militants, helping in efforts to neutralise two terrorists.

Trained to locate and bring down terrorists, Zoom has been a part of many active operations.

He was 2 years old and was serving at the Army for the last 8 months.