Fact Check: No, this photo is not from JNU 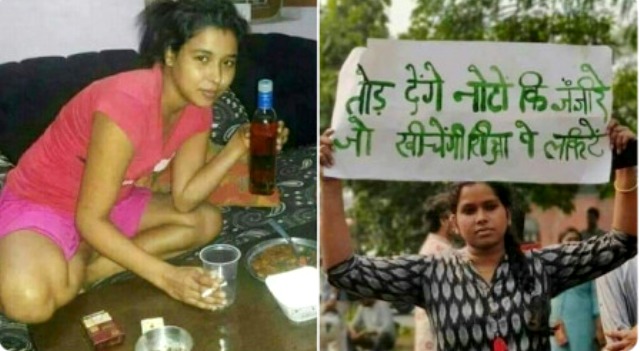 TNI Bureau:  Amidst the protests in JNU over fee hike and other issues, a photo has gone viral, claiming to be of a JNU student. The photo was first tweeted by BJP’s Haryana Spokesperson Raman Malik where he identified the girl with another one holding a placard during JNU protests.

Raman tweeted, “I just hope if she Avoid smoking one pack of cigarette in a month and not drinking twice in a Month she would be able to afford in this hike of room rent being at 300 Rs. month”.

The photos went viral on social media and the girl in the picture drew flak from all quarters. However, an independent probe by BoomLive Fact Check system has found that the photo of woman holding an alcohol bottle was posted on Facebook on August 27, 2015.

There is no evidence to suggest that both photos belong to the same person. BoomLive talked to women holding placard and identified her as Priyanka Bharti. She rubbished the claims and clarified that she is not the woman shown in other photo.

“That other image is not of JNU and that is not me at all, but I’ve been receiving a lot of vulgar messages because of this,” said Bharti as quoted by BoomLive.