According to reports, in Islam, blowing in the wind carries a special meaning, especially, to ward off the ‘evil spirit’ or ‘Satan’. 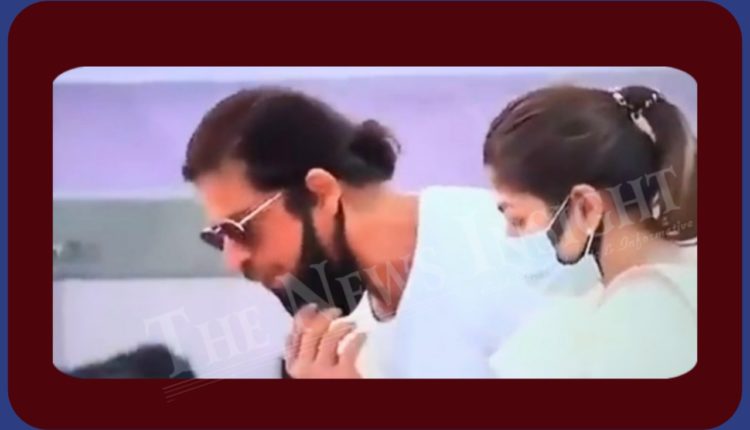 Insight Bureau: While the whole nation has been mourning the demise of legendary singer Lata Mangeshkar, netizens are reacting to a viral pictures and videos of Bollywood Actor Shah Rukh Khan, offering his last respect to the legendary singer Lata Mangeshkar whose last rites were conducted at Shivaji Park on Sunday in Mumbai with full state honours.

A photo from the funeral ceremony had gone viral in which Shah Rukh Khan was seen offering dua alongside his manager Pooja Dadlani who joined hands in prayer. While the picture received much love from the netizens, another moment in which SRK allegedly “spat” on Lata Mangeshkar’s mortal remains irked many netizens.

Despite this being a common, well-documented Islamic ritual, a twitter user decided to make it appear on social media as if Khan was “spitting” on Mangeshkar. Now he is facing widespread condemnation for his dangerous tweet.

Whereas many SRK fans accused him of trying to communalize the event saying he was speaking not out of “peak stupidity” but “peak evil”. 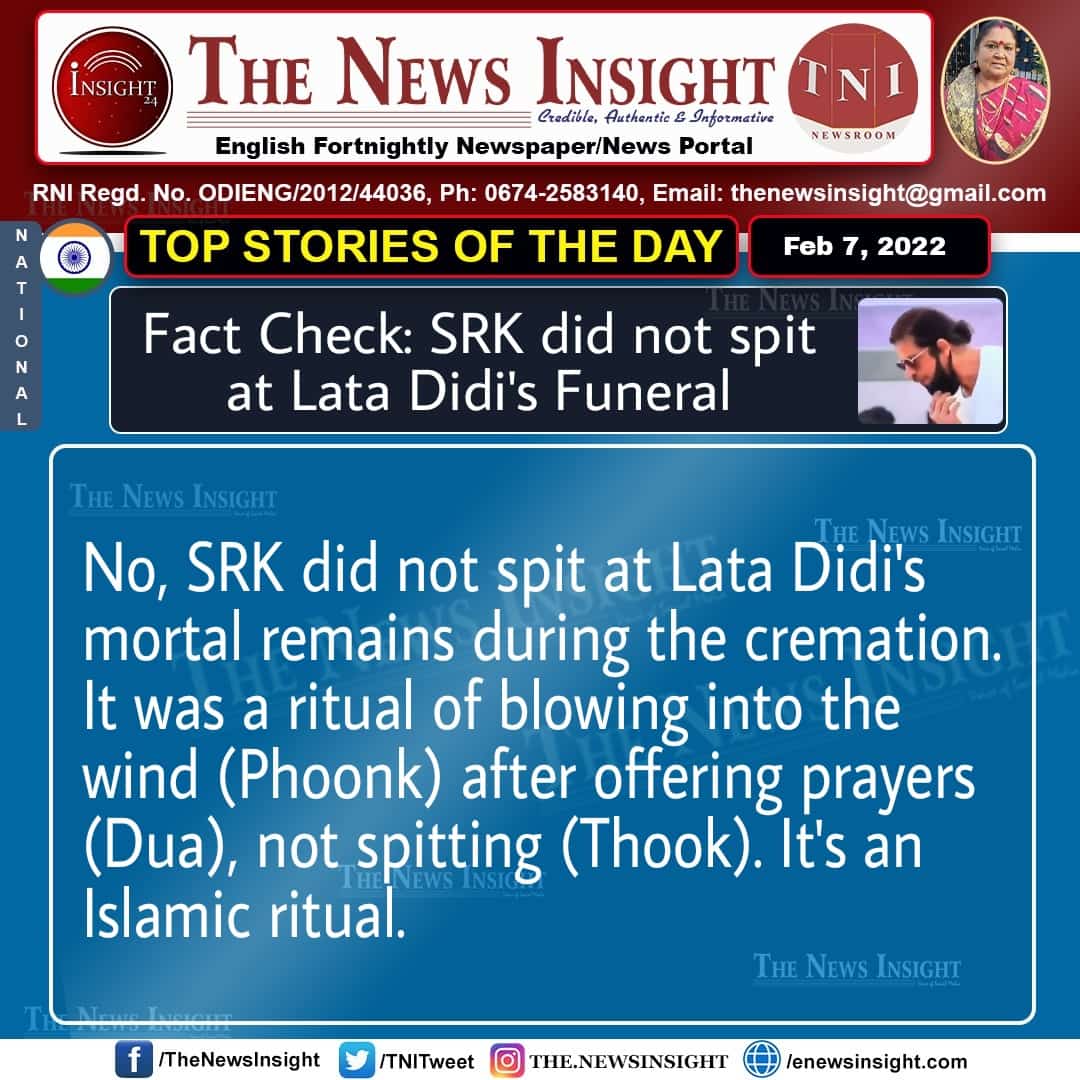 About 4,000 Mobile Towers to be installed in Odisha soon: Ashwini Vaishnaw