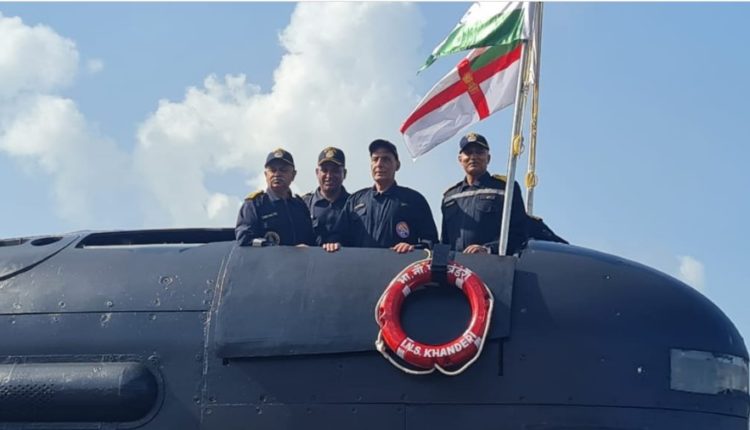 ?Defence Minister Rajnath Singh on board a Kalvari class submarine off the coast of Karwar, Karnataka.